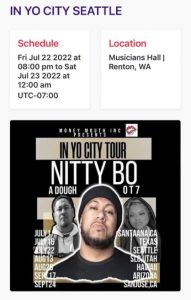 Yet another rap concert ended in a mass shooting, this time in a suburb of Seattle. Less than one month ago, it was Tacoma.

Police say an argument started outside the venue as the concert ended early on Saturday morning. Then someone started shooting people. This has become a shockingly common scenario at rap and hip-hop events across the nation.

An unnamed 32-year-old was killed, and six others were wounded. Local media indicates that people were uncooperative when police arrived. A large Black male can be seen fighting with police in media footage. Police have not released any details on the suspect.

The shooting comes less than one month after Tacoma’s mass shooting at a dance party featuring rapper Sol.Luna on June 26th. Eight people were shot and injured at this event.

The hyper-politically correct Tacoma Police Department lied and falsely stated the shooting occurred at “a rave party.” The police never described the suspect, which appears to be their policy. Even when they arrest someone for murder, they will say, “a male was arrested.” 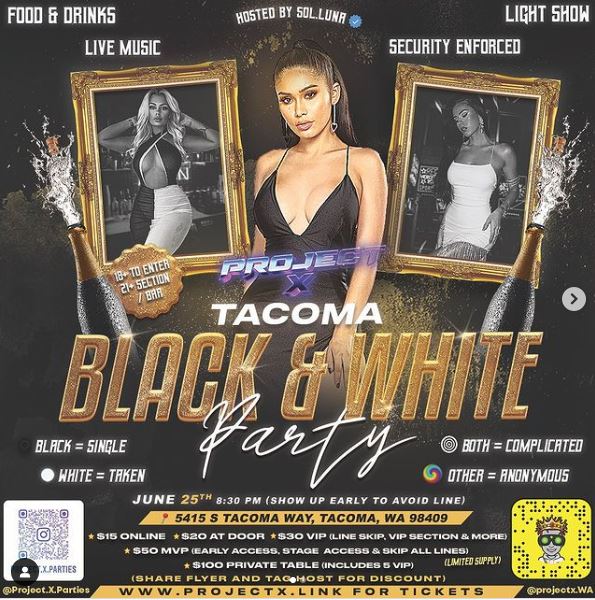 Local media in Tacoma barely reported the shooting at all.

Tacoma had two mass shootings that day. Five people were shot in the backyard of a Tacoma residence. Alejandro F. Lloret, a 38-year-old Latino, died, and a pair of Latino brothers were charged with murder.

Tacoma and Seattle have been experiencing a wild surge in homicides since the BLM/Antifa riots of 2020.

Washington State Criminal Justice Training Commission (CJTC) has amended the contract for the state certification of all law enforcement. To renew their certification, which must be done by October 31st, officers must agree to facilitate […]

This is not satire. In 2010, Somali immigrant Ubax Gardheere boarded a Seattle school bus full of Middle School-aged children. She berated the children and the bus driver over US foreign policy and threatened to […]

Portland police have released more information on the Antifa-involved mass shooting that occured February 19th. Here is what we know: Around 7:30 PM, a group of people calling themselves “safety volunteers” arrive at Normandale Park […]