Christina Ellingsen, is a representative of feminist organization Women’s Declaration International [WDI]. She is being investigated for “hate crimes” for telling a man that women can’t be lesbians on Twitter. She also told the man that he can’t be a “mother” during a tv appearance. She faces three years in prison.

The man, who identifies as a transsexual, is the “advisor on gender diversity” for a group called Foreningen FRI. The Norwegian government made “gender identity” a protected category under hate crimes laws in January 2021.

Why [does] FRI teach young people that males can be lesbians? Isn’t that conversion therapy?”

“Jentoft, who is male and an advisor in FRI, presents himself as a lesbian – that’s how bonkers the organization which supposedly works to protect young lesbians’ interests is. How does it help young lesbians when males claim to be lesbian, too?”

“You are a man. You cannot be a mother. To normalize the idea that men can be mothers is a defined form of discrimination against women.”

This is not satire. This is a thing that is actually happening. 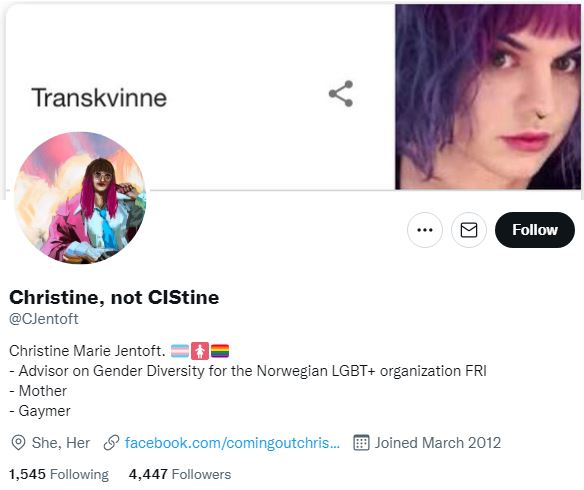 In 2018, “Christine” used Twitter to ask children to contact him. He said he would show up at their house and give them a hug. 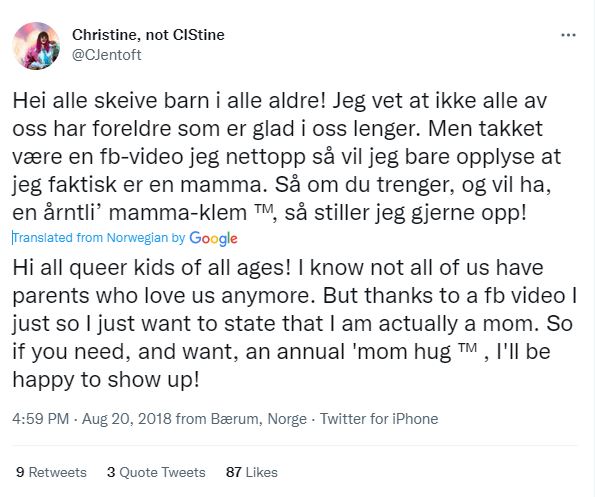 Puerto Rican mother, who was publicly lynched by a mob in Chicago, dies of her injuries

How many vicious hate crime murders has the media written off as “road rage” when the race of the perpetrators does not fit their narrative? Gyovanny Arzuaga and Yasmin Perez have now both died of […]

According to author Helen Joyce, much of the funding for the massive burgeoning transsexual activist movement is coming from three multi-billionaires. Jennifer “James” Pritzker, net worth $1.8 Billion Jon Stryker, net worth $4.4 Billion George […]

Vernon Douglas is a 19-year-old Black male. However, most media outlets are calling him “Brooklyn teen,” “Brownsville teen,” or just “teen.” They are censoring his pictures and description. Douglas has been charged with hate crimes. […]