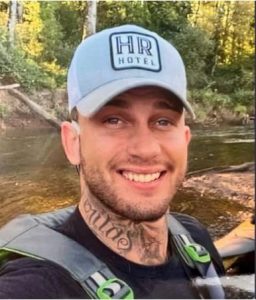 Violent crime exploded like a bomb in Portland in mid 2020 as authorities stood down and allowed BLM and Antifa to conduct violent riots for months. In 2021, violent crime has only gotten worse.

Brandon L. Keck, 30, allegedly invaded a home, stole a car, then conducted multiple armed carjackings before leading police on a high speed chase. A female victim reported being shot. Police say the suspect injured a woman, but it was later determined that a gunshot was not the cause of this injury.

GRAPHIC: On Monday morning in Portland, Ore., police responded to multiple carjackings involving an armed suspect who shot one of the victims. The alleged carjacker tried to take off in a vehicle and is shot by police. He died. Video recorded by “Mark.” pic.twitter.com/ffIJVP5QTh

No mention at all: Seattle media completely censors brutal beating of tourist

Caliber Visuals is the pseudonym of a photojournalist from California. He was visiting Seattle for his 23rd birthday. On July 31st, he was brutally attacked, pummelled, and robbed. The assault was captured on a surveillance […]

Portland set to completely shatter all records for murders this year

Jo Ann Hardesty is a Portland City Commissioner who is notorious for her extreme left-wing views and Black racial militancy. She was confronted at a Portland City Council meeting with documents detailing her military and […]