UPDATE: Boise Mayor Lauren McLean is now denying that she ever sponsored the resolution. She says a staff member accidentally added her name to it.

During the 89th “Virtual” Conference of Mayors from August 31st to September 4th, four US mayors sponsored a resolution supporting “Critical Race Theory” in public education for grades K-12. The four mayors were part of the Jobs, Education, and Workforce Committee.

Critical Race Theory is a derivative of Critical Theory, formulated by Marxist Academics in the 1930s.

The resolution says race does not exist but that Whites are inherently racist and cause non-Whites failures.

The mayors who signed the resolution are Ted Wheeler of Portland, Greg Fischer of Louisville, Lauren McLean of Boise, and Lori Lightfoot of Chicago.

Three other mayors were part of the same committee but refused to sign the resolution. Bryan Barnett of Rochester Hills, Christina Muryn of Findlay, and Francis Suarez of Miami. 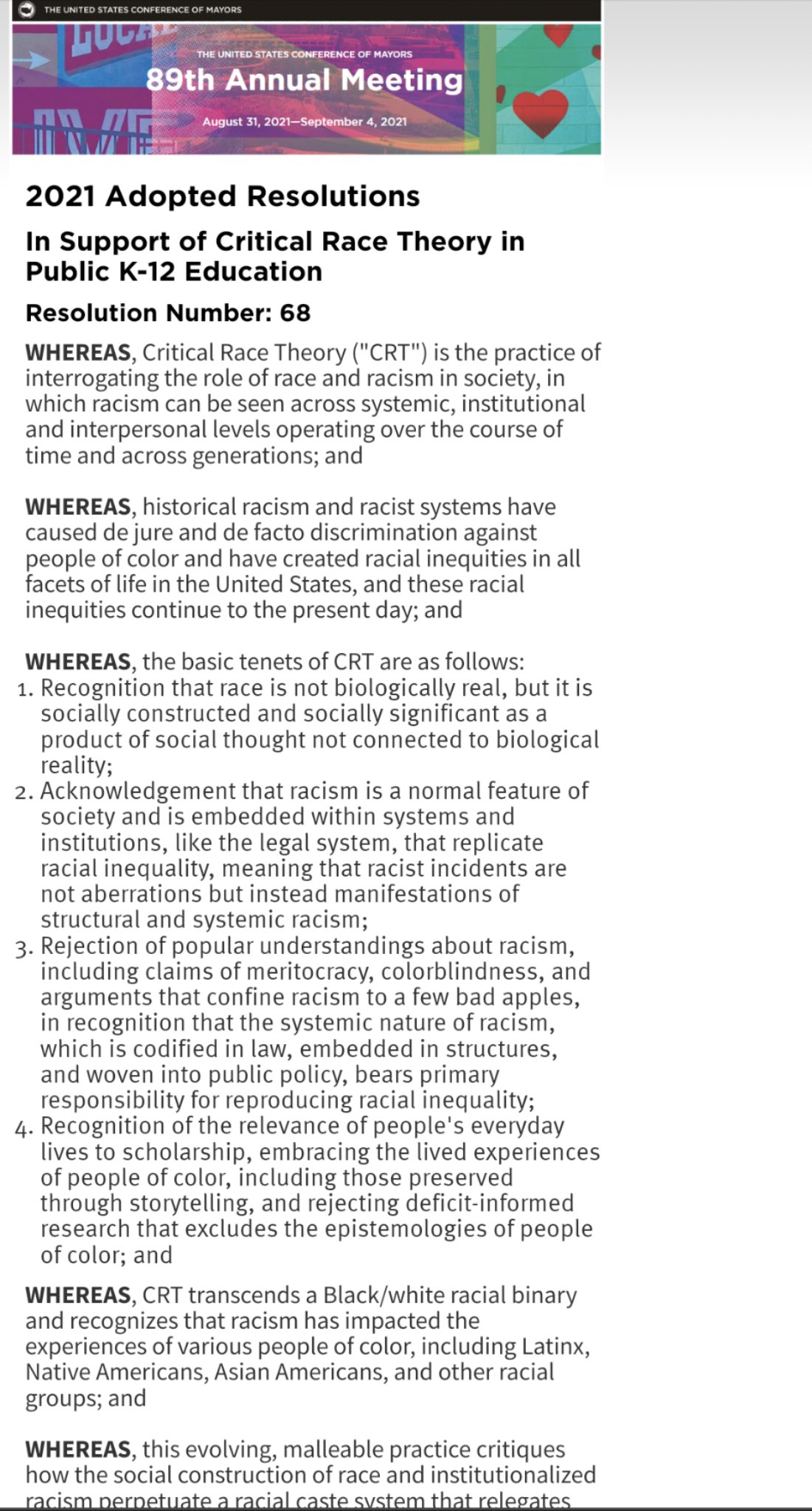 Most Portland Homicides unsolved, 40% of known suspects are Black despite being only 6% of the population.