Multnomah County DA Mike Schmidt is a far-left “progressive prosecutor” who refused to prosecute over one thousand cases against BLM and Antifa rioters in 2020. Crime in Portland has exploded exponentially under his watch.

Schmidt’s office already refuses to cooperate with federal law enforcement on immigration cases. Now they are taking things even further. Mike Schmidt has issued an official statement saying they will actively refrain from prosecuting illegal aliens for crimes that could result in deportation.

The statement is a green light for illegal aliens to move to Portland and commit crimes. 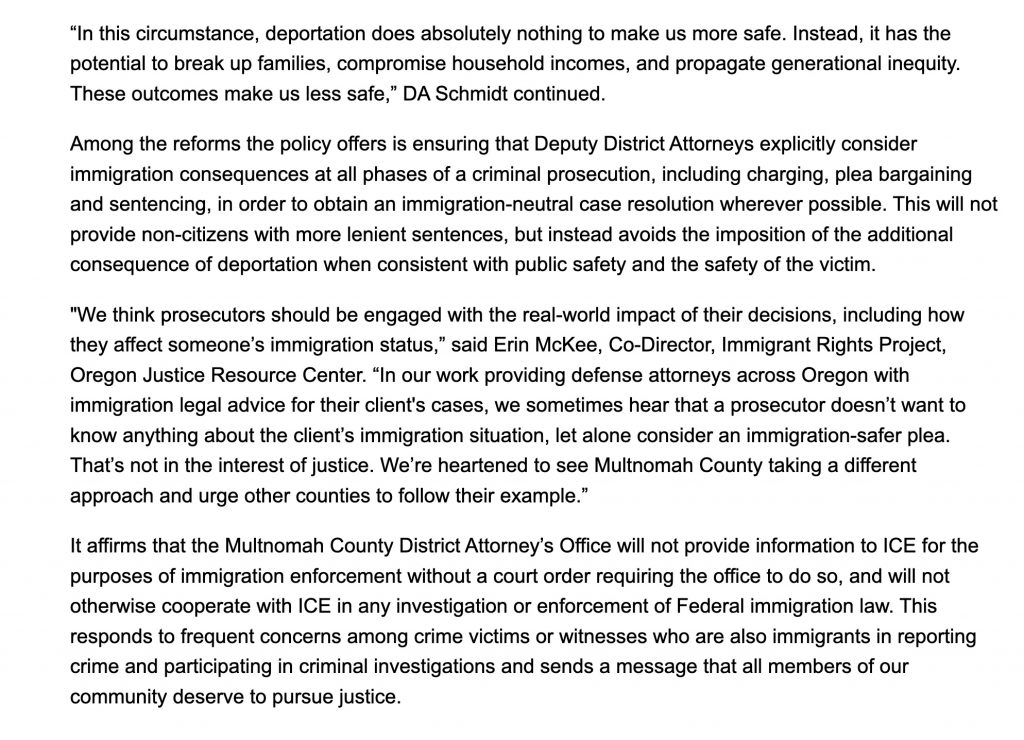 During WWII, Oregon built the largest public housing project in US history in Vanport. The state needed workers for its wartime industries. This spurred an unprecedented influx of Black Americans into the state, and Vanport […]

Update – Since writing this article, we have discovered that Portland had 66 homicides in 1987. An even higher number than in 1993. As of August 29th, Portland has had at least 62 homicides. Currently […]

Portland has second mass shooting in only two days!

On February 19th, Antifa held an evening “protest march” at a Portland park. Some of the Antifa brought guns. Around 8:00 PM, a confrontation between armed Antifa and a local armed homeowner escalated to gunfire. Four […]