The far-left New York Times says that White progressives in Brooklyn are struggling to balance law and order with coddling Blacks who commit crime.

A Black male yelled racial abuse at a White female, accusing her of being an immigrant, and splashed her with a bottle of urine. Then he beat Moose, her German Shepard, with a large stick. Moose died from his injuries a few days later. The woman was also left with a $14k vet bill.

However, according to the New York Times, the still at-large violent criminal is a victim of “injustice.” Calling the police and prosecuting him risks causing “further injustice.”

The man is Black, the dog owner white; the adjoining neighborhood is famously progressive, often critical of the police and jail system. At the same time, crime is up in the neighborhood, with attacks by emotionally disturbed people around the city putting some residents on edge.

In a dog-loving, progressive enclave, where pushing law and order can clash with calls for social justice, what’s the right thing to do? How do you protect the public without furthering injustice against this man?
…
Weeks passed, and the man who attacked the dog was still at large. People on Nextdoor, working from Ms. Chrustic’s description, posted that they had seen him in one part of the park or another. Ms. Chrustic, who used to visit the park four times a day, now found it too traumatic to enter unless necessary.

She was especially frustrated that the man, who was well known to people in the park, had not been arrested. “You have a person who is walking around the park who is violent and needs to be removed,” she said. “He’s known by the community. It’s disheartening.”

It was a random incident that might once have been discussed by a group of dog owners. But now it had a forum for a much wider community, with arguments about policing, vigilantism, homelessness, mental health care and progressive obstinacy all feeding into a conversation that evolved beyond the crime that set it off.
…
One thing they talked about, a lot, was local crime. In Nextdoor forums for communities all over the country, this included suspected crime and sightings of “suspicious” characters, leading early critics to say that what the platform really propagated was white fear. After complaints about racial profiling in 2016, the company instituted diversity training for its operations staff and new protocols for posts about crime and safety. But even in 2020, Representative Alexandria Ocasio-Cortez characterized it as an outlet for privileged white people to vent criminal fantasies about their Black and brown neighbors. 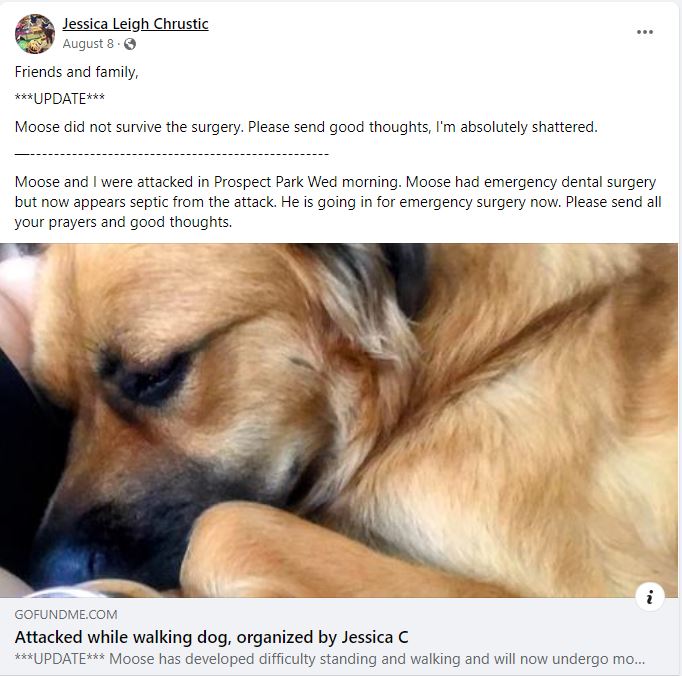 On March 20th, a twelve-year-old boy was assaulted and stabbed in the neck at a Pittsburgh, PA McDonald. The unnamed twelve-year-old was standing in line with his parents when a man suddenly tackled him, held him down, […]

Police are calling it a random act of violence by a stranger. Michael Britt was sitting on a bench outside a Hampton Inn with another man in Summerville, SC, on October 26th. Police say Michael Terrell […]

Puerto Rican mother, who was publicly lynched by a mob in Chicago, dies of her injuries

How many vicious hate crime murders has the media written off as “road rage” when the race of the perpetrators does not fit their narrative? Gyovanny Arzuaga and Yasmin Perez have now both died of […]