These numbers come directly from the website of the Portland Police Bureau.

Portland had its highest homicide rate in history in 1987. However, rates had been very low for about two decades before exploding during the second half of 2020. This explosion coincided with the election of “progressive prosecutor” Mike Schmidt and a policy of the Portland City government to conduct a law enforcement stand down and allow BLM and Antifa to riot violently for months on end.

Also, note that in 2019, Portland authorities made the rules stricter for what is officially counted as a homicide. 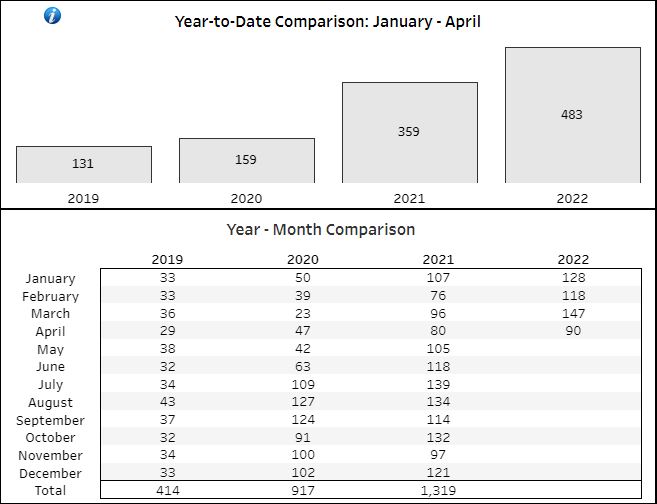 Portland’s latest murders: hate crime killing of Good Samaritan; WuTang Clan affiliated rappers killed in a mass shooting Before 2020, Portland’s record for the most homicides was 54 in 1993. The official number for 2020 […]

Homicides up 21% across 66 US cities and counties

The Major Cities Chiefs Association has published a violent crime survey for the first six months of 2021. Out of 66 cities and counties: 48 had more homicides than the same time period in 2020 […]

At the end of 2020, the official number of Portland homicides was 54, which was a tie with 1993 for being the highest in Portland’s history. However, now the Portland Police Bureau is reporting 57 […]