A 61-year-old Latino man was brutally murdered on the sidewalk in Brooklyn by two young Black males. The killing was captured on surveillance videos from two different angles.
The two thugs wore medical masks during the attack but then removed them after the attack. Mask hysteria has aided criminals in being able to hide their faces during crimes. Before 2020, masked men would have immediately caused alarm.
Viktor Vegas was walking along a busy street in daylight when the perps walked up to him. One of the perps bashes him in the face, causing his head to slam again a car and then the sidewalk. The victim died shortly after. 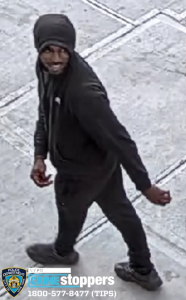 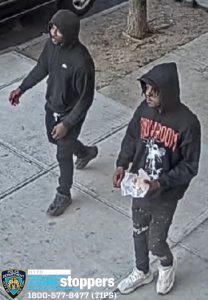 Michael Palacios, 31, was arrested Friday. A cellphone video shows him fighting with people inside a McDonald’s. Then he takes an ax and begins smashing the place up while threatening people. In less than 48 […]

Three Black females from Texas were videotaped assaulting people at Carmine’s Restaurant in New York. They launched the attack because the restaurant said they were unable to seat two other Black males because of the […]

A group of young Black males are on video mugging a 14-year-old Black male at gunpoint. It occurred in New York City near Pier 2 of the Brooklyn Bridge Park. Pedestrians can be seen standing […]