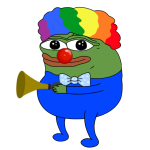 Recently, the Biden administration announced plans to award $29.25 million in Health and Human Services [HHS] grants for “harm reduction.” HHS released an eighty-page document explaining how recipients of the grants would need to spend the money. Pages eight and ten state that money will be used to purchase and distribute smoking kits, smoking supplies, syringes, and syringe disposal bags. According to the administration, the purpose of this will “reduce harm” in “underserved communities.”

The HHS document also suggests that recipients could distribute these products through vending machines.

PHS provides services to homeless and drug addicts and is partially funded by the government of British Columbia. In 2003, PHS opened an illegal facility in DTES for supervised use of illicit narcotics. Federal authorities capitulated and PHS was granted a temporary exemption from Canada’s Controlled Drugs and Substances act. In 2007, they filed a lawsuit in the Canadian Supreme Court for the right to continue operating the site after the federal government said they would not renew the exemption. In 2011, they were given a permanent exemption.

Vancouver Coastal Health began purchasing “high-quality shatterproof pyrex pipes” for PHS to distribute in 2011. Vancouver Coastal Health is one of five publicly-funded regional health authorities in British Columbia. It was alleged that “pipe sharing” and fighting over pipes posed a threat to the health of people who smoke crack. A total of 60,000 pipes were given out in 2011.

In 2014, PHS launched two crack pipe vending machines in DTES. One was placed inside the Washington Community Market, which sells subsidized food and household items. The other machine is located near the supervised drug use facility operated by PHS. The vending machines required a single quarter, which was considered negligible compared to the price of buying crack pipe elsewhere. Canada’s The Globe and Mail gave the vending machines positive press.

Tax-payer funded crack-pipe vending machines are a reality in Vancouver. Pages eight and ten of the HHS harm reduction grant program suggest that the same thing will soon appear in American cities.

Disclaimer: As far as we know, Zegarac has not been convicted of any sex crimes, and this article only documents allegations made by people from within Zegarac’s own circles. David Alexander Zegarac, 42, has been […]