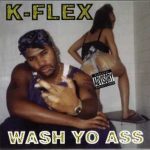 An NFT is a digital title that shows you are the valid owner of a picture, even though anyone can copy and paste the same image. Nasheed’s offering of NFTs includes crudely drawn depictions of Black athletes and entertainers as slaves of the White man. The rest and nearly identical variations of a computer rendering of a Black male with a rope around his neck.

Nasheed is best known for his activity on Twitter, where he tweets about his hatred of White people daily. He has almost 290k Twitter followers and seems to always be at the forefront of whatever the latest trends are in recreational outrage. Currently, he is attacking Joe Rogan, and specifically Black athletes who defend Joe Rogan. His latest tweet is an animated gif insinuating that Black athletes who defend Rogan are effeminate/homosexual.

The NFTs are supposed to be a tribute to Nasheed’s documentary “Buck Breaking” that he released last year. The documentary, which features members of the Nation of Islam [NOI], can only be watched by purchasing a DVD or paying $18 to watch it on Vimeo. The $18 gives you a 24-hour window to view it.

Buck Breaking blames White people for effeminate behavior and homosexuality among Black males. This is supposedly done to destroy the Black family. The NOI and other Black Supremacist groups have promoted this theme for decades. Ironically, Tariq Nasheed has spent seven years promoting Black Lives Matter, a movement founded by three women (one lesbian and one transsexual) who explicitly advocate “disrupting the Western-prescribed nuclear family structure.”  They have given away millions of dollars that were donated to BLM Inc to Black LGBT groups.

Jeren A. Miles, 35, a Manager of Community Development for Facebook, walked into a sting operation led by Predator Catchers Indianapolis [PCI]. They conduct stings similar to Chris Hanson’s To Catch a Predator TV Show. […]

Shaun King is a BLM activist who is listed as “White” on public documents. However, he alleges that he is half Black. His critics accuse him of all kinds of frauds and hoaxes. King has a […]