On October 28th, Musk stated that a group of activists would make up a moderation council to determine what content should be allowed on Twitter.

Now Musk says the proposed council “broke the deal” by continuing to agitate against advertisers.

Musk is also running a poll asking if he should declare a mass amnesty for suspended accounts.

Should Twitter offer a general amnesty to suspended accounts, provided that they have not broken the law or engaged in egregious spam? 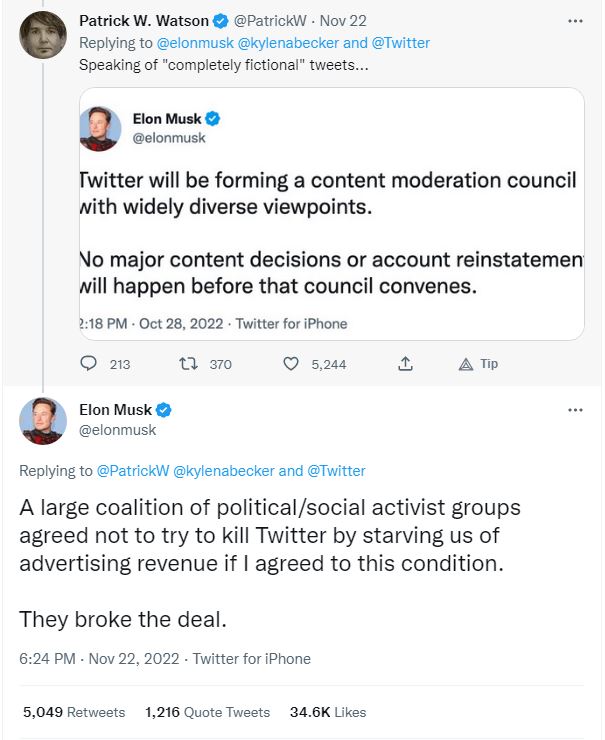 On January 12th, 2021 at 1:22 PM, one of Twitter’s official corporate accounts declared that censoring the internet is a violation of basic human rights. This is not a parody. This is a thing that […]