DHS is using the term “Violent Antifa Anarchy Inspired Individuals” or VAAIIs for Antifa perpetrators. This suggests that DHS is downplaying the role of organized Antifa groups to support far-left talking points.

The President of the United States, Joe Biden, has falsely stated that “Antifa is an idea, not an organization.” The DHS is run by Alejandro Mayorkas, a Cuban-born Jewish man who was part of Obama’s transition team and Obama’s Deputy Secretary of DHS. Biden appointed him as Secretary of DHS in 2021.

DHS could be intentionally misrepresenting suspects so as not to contradict an utterly false narrative.

The document below, obtained by Buzzfeed through a FOIR, specifically refers to an Antifa perpetrator in Portland. This city probably has the most significant number of organized Antifa groups in the nation. The leading Antifa group there is Rose City Antifa, founded in 2007. Then there is Youth Liberation Front and several others who orbit around Rose City Antifa. There are also older groups in the region, like various Anti-Racist Action chapters, which are part of “Torch Antifa Network.” Then there are aging Skinhead-inspired groups left-over from the 90s like SHARP (Skinheads Against Racial Prejudice) and FSU (F@ck Sh!t Up), which still have a presence in Portland.

Via my #FOIA (for records I requested related to the federal response to protests over George Floyd’s murder and Black Lives Matter marches) pic.twitter.com/4Cb9FQZeqp 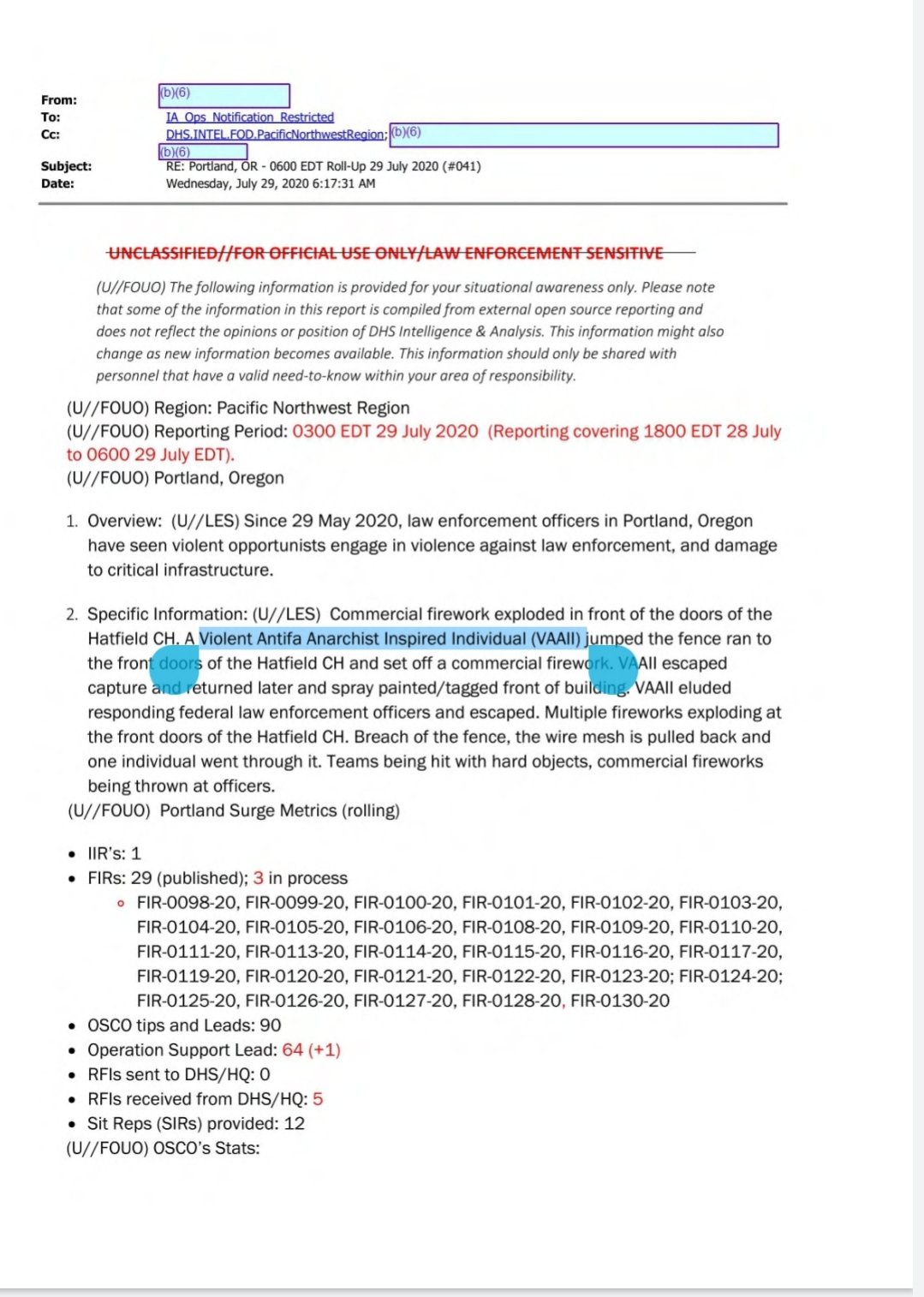 Antifa riot in Los Angeles in support of “Palestinian Resistance”

Large-scale demonstrations in support of the Palestinian resistance against Israel are occurring in Western nations like America, Canada, and the UK. In France, the government has declared the demonstration unlawful and has mobilized thousands of […]

Mija is a first-generation Latina who proudly states she has an anxiety disorder. She also says she suffered from “imposter syndrome,” because she was “internalizing misguided patriarchal ideas.” But now she is a fully woke […]