US Congressman Cori Bush (D-MO) attempted to fan the flames of racial hatred by falsely claiming she was shot at, repeatedly, by “White Supremacists” in Ferguson.

Ferguson Police Chief Frank McCall Jr. disputed Bush’s hoax, saying no records exist of it ever happening. Had Bush been shot at once, much less multiple times, it would have been the biggest news story in the United States for weeks.

Bush made the incendiary false claim on Twitter, and the platform has taken no action against her account for dangerous misinformation.

Bush claims the shootings took place during the notorious Black Lives Matter rioting in Ferguson, MO. There were multiple waves of BLM rioting that spanned from August 2014 to August 2015. This includes tens of millions in arson damage, numerous racially motivated mob attacks on White victims, multiple deaths, an attempted bombing of Ferguson police station, and rioters did fire guns at firefighters.

Ferguson is a small city that is roughly 70% Black. Criminals also used rioting as a cover for violent crimes.

DeAndre Joshua, a Black male, died after being beaten, robbed, shot, and set on fire. The murder took place in the parking lot of the Canfield Green Apartments, where Black Lives Matter rioters were actively shooting off guns and setting fires at the same time. Far-left media and BLM activists published fake claims that Joshua was killed by “White Supremacists” for testifying against a White police officer at a grand jury hearing.

After Black rioters burned down a Black church, far-left media also printed fake claims that “White Supremacists” did it.

No “White Supremacist” violence of any kind was ever documented in Ferguson.

Bush is attempting to fuel violent racial hatred and bigotry.

Here is just a tiny sample of the actual violence that occurred:

Two Ferguson police officers were shot and seriously injured during a BLM rally. Jeffrey Williams, a Black male, was arrested and charged.

Chris Schaefer, a White male, was brutally beaten and hospitalized in a racially motivated attack by Ferguson rioters. (see below)

In October of 2014, a White man on a motorcycle was attacked by a BLM mob in an apparent racially motivated attack.

In August of 2015, Black suspects killed a nine-year-old Black female during a drive-by shooting.

Becca Campbell, a White female BLM activist, fatally shot herself while playing with a handgun in her car.

In November of 2014, journalists Emily Molli and Marcus DiPaola, both White, were attacked and robbed by a large group of Black males at a BLM riot. DiPaola had his car torched. (see below) 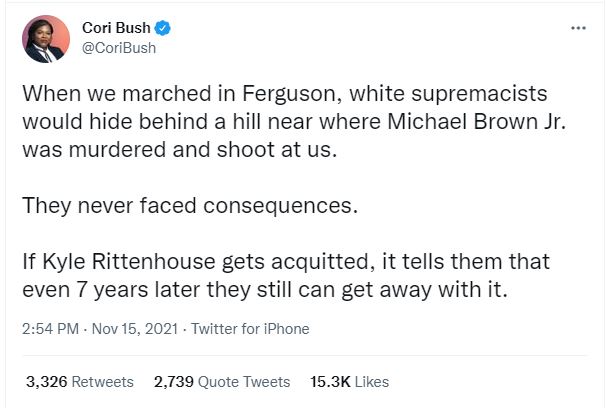 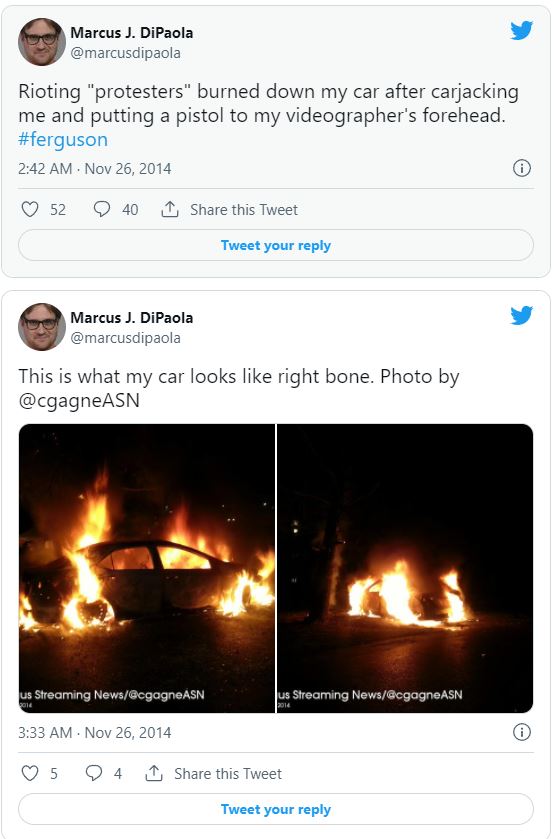 Christopher Allen Hamner, a 51 year racially mixed man, has been charged with a felony hate crime and two misdemeanor hate crimes in Seattle. Hamner describes himself as having both Black and White ancestry on […]

Quintez Brown is a high-profile BLM activist who was once featured by the Obama Foundation and was a guest on MSNBC’s Joy Reid Show in 2018. He is a former columnist for the Louisville Courier-Journal. […]