Last night, the Kenosha police noticed a car stalking the bus transporting the jury for the Rittenhouse trial. Police stopped the vehicle after they observed the driver run a red light to keep up with the bus. The driver identified himself as James J. Morrison and said he was working for MSNBC. He told police he was following the instructions of NBC news producer Irene Min Joo Byon.

Kenosha police say Morrison was detained and given multiple citations.

While Byon is an actual NBC news producer, NBC is calling Morrison a “freelancer.” In a public statement, NBC denied any wrongdoing and said Morrison had simply received a traffic violation “that took place near the jury van.”

Today, Judge Bruce Schroeder banned MSNBC employees from the courthouse for potentially trying to intimidate the jury. The Judge stressed that the man’s claims are yet to be confirmed, but the allegation is serious.

NOW – Person allegedly from NBC/MSNBC was instructed to follow the jury bus in the #Rittenhouse trial. Judge orders to exclude the two news outlets from the trial pending further investigation. pic.twitter.com/OLFDI4yfog 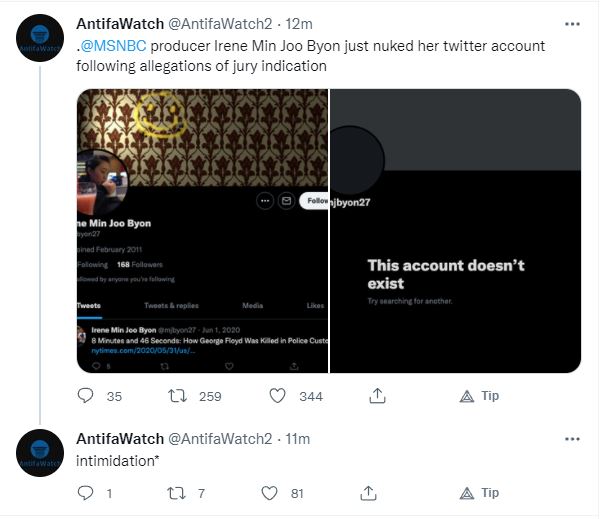 Irene Byon, implicated in instructing a reported to follow the Jury Bus has nuked her Linkedin

This is looking legit like MSNBC tried to expose the jurors identites pic.twitter.com/oEmDi0hxsT

US Congressman Tim Ryan (D-OH), who is currently running for US Senate, called on supporters to “kill and confront” Republicans who he deems to be outside the “mainstream.” This was done on the cable news […]

A recent poll showed that only 2% of Latinos self-identify using the term “Latinx.” Much of this 2% probably includes professional activists who are employed by left-wing non-profits and partisan-based institutions. Most identify themselves as […]