In 2019, the ADL claimed Ukraine was a hotbed of Neo-Nazism and was exporting violent extremism to the United States. They named Azov Battalion in particular. Today, the ADL says that Neo-Nazis in Ukraine are “marginal” and “do not attack Jews.”

Azov Battalion is the most well-known of the hardline volunteer militia units created at the beginning of the Donbas War. These units are funded by the Ukrainian government and have received training and weapons from NATO. Since the beginning of the Donbas War, these militias have been incorporated into both the Ukrainian National Guard and Ukrainian federal police. As recently as February of 2022, major American media outlets were denouncing Azov as a significant international Neo-Nazi terrorist threat.

In 2019, 40 House Democrats signed a letter demanding that Avoz be declared a foreign terrorist organization. At the time, the ADL was implying claims that Avoz was an exporter of violent, murderous Neo-Nazism.

Along with others like Aidar Battalion, Donbas Battalion, and more, Azov has a history of using German imagery, German slogans, and even displaying Nazi party symbols in public. Many people from these groups have gained political power at different times. Members have served in the parliament. Zelensky recently appointed a former commander of Aidar Battalion as the governor of Odesa Oblast. (Governors in Ukraine are not elected, which is one of the reasons the Donbas War started in the first place.)

These groups often use a red and black version of the Ukrainian flag, which stands for “blood & soil.” The groups promote Stephen Bandera, leader of the Organization of Ukrainian Nationalists [OUN]. The OUN, under Bandera, is accused of massacring Jews, Poles, and Russians during WWII. Since the fall of the Soviet Union, many in Ukraine have rehabilitated Bandera as a national hero. This has been condemned by Russia, Poland, and numerous major Jewish groups.

Bandera advocated for the creation of an ethnically pure Ukrainian state. He began his political work as an anti-Polish insurgent after Poland invaded and annexed the short-lived West Ukrainian People’s Republic. After escaping from a Polish prison, he worked for German Intelligence to help plan Operation Barbarossa. After WWII, the CIA gave him a new identity and organized anti-Soviet activity in Ukraine from Munich. Eventually, he was murdered by an unknown assailant, most likely from the Soviet intelligence community.

In 2014, a force spearheaded by volunteer militia re-captured Mariupol from separatists. The government of Ukraine permanently stationed Azov Battalion in Mariupol to suppress all secessionist activity. Azov has enjoyed broad authority to patrol the city and arrest people. Many residents viewed Azov and other militia groups as punitive forces, meant to punish them and take away their rights.

For weeks now, Azov has been fighting separatist militia and the Russian army inside Mariupol. 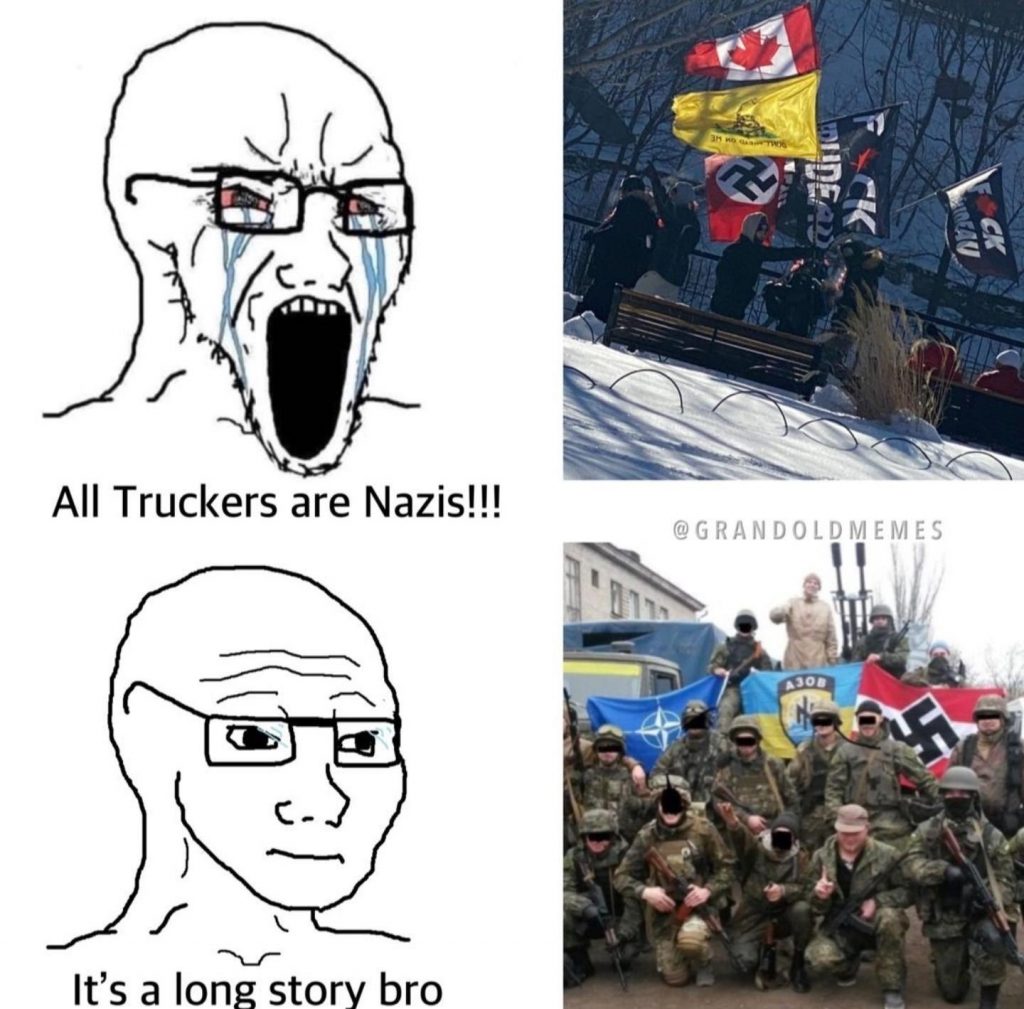 By Renaissance Horizon… Ukraine’s forensic investigators say “dozens” of people in the Bucha/Irpin area were killed by artillery shells loaded with fléchettes. Fléchettes are most commonly associated with WWI. They rarely appear in modern warfare, […]

Guest Column From Renaissance Horizon… While speaking to Ukrainian refugees near Warsaw, Polish Prime Minister Mateusz Morawiecki said sanctions against Russia are failing. “I must say this very clearly: the sanctions we have imposed so […]

American Youtuber allegedly arrested in Ukraine for criticizing the government

Gonzalo Lira López, 54, is an American citizen who has been reporting on the war from Kharkiv. On March 20th, Daily Beast ran an attack piece on him. The far-left website smeared him as “a […]