Timothy Rush, 32, has been arrested for a mass shooting at the Taboo Nightclub and Lounge in Cedar Rapids. At about 1:30 AM Sunday, at least twelve shots were fired inside the club. Two people were killed and another ten injured.

Mass shootings in the United States (4 or more victims in one event) now occur daily in the USA. Bars and nightclubs that play rap or hip hop music are becoming a common scene of these shootings. Ironically, the local Black Lives Matter organization in Cedar Rapids, called ASJ-BLM, has held at least one event in this very nightclub.

Homicides in Cedar Rapids set a new record in 2020 as Black Lives Matter riots took place. One victim in 2020 was the eighteen year old niece of Cedar Rapids NAACP president Dedric Doolin. The suspect in that murder was a Black male. Across the state, two people were killed, and two others were shot during Iowa’s BLM riots.

Click here to see our full report on homicides in Cedar Rapids. 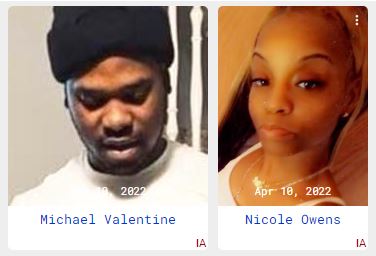 School shooter, who wounded four people, released after one day with an ankle monitor!

Timothy Simpkins, 18, shot three of his fellow students at his High School in Arlington, Texas. One is still listed as critical. Two others are in stable condition. A pregnant teacher was also injured. There […]

Trinity Nightclub is one of the premier nightclubs in the Seattle area. Sunday morning there was a mass shooting outside the bar as patrons were spilling out. One person died at the scene, and another […]