According to police, 14-year-old Abel Elias Acosta murdered three other teenagers at a Texaco gas station in Garland, Texas, on December 26th. They say the boy’s father, Richard Acosta Jr, 33, was the getaway driver.

Richard Acosta Jr. turned himself in and was given a one million dollar bond. His son Abel is still on the run. Police are pleading with the public to provide information on his whereabouts.

The victims are Xavier Gonzalez, 14, Ivan Noyola, 16, and Rafael Garcia, 17. Another 15-year-old victim was injured by gunfire. Another teenager was initially arrested and thought to be the gunman but later released. 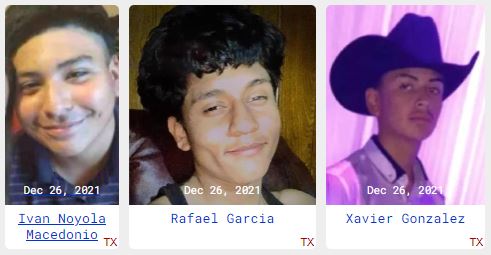 Jewayne M. Price, 22, was charged with accessory before the fact in the murder of Amon Rice in 2018. He faced decades in prison. It does not look like he was ever prosecuted. Saturday, he […]