Just days ago, six people were shot at an Oakland public school. We previously reported on this shooting. The gunman is still at large! The police still have not identified a suspect.

Just three days later, there was a mass shooting at a house party in Oakland. Two teenage brothers were killed. Two others were injured. Once again, police have no suspect!

The fatalities are Angel Galavis, 15, and Jazy Galavis, 17, who are residents of Berkeley. The house party was being held at an Airbnb rental property in Oakland. The party was full of High school students. Police believe there were two shooters, but have no suspects.

Oakland has experienced at least 98 homicides in 2022 so far. This is more than any year between 2013 and 2019. Homicides in Oakland began surging in 2020 alongside nationwide BLM rioting. 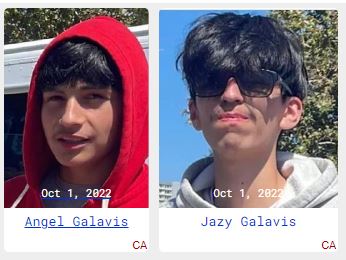 On July 24th, a baseball game was held at a Los Angeles park that involved former gang members. The game was part of the anti-violence/intervention Community Athletic League. This is operated by the non-profit group […]

Boulder shooter was previously convicted for a racially charged assault

For days on end, the national media has obsessively reminded us that “a White man shot six Asian women.” Despite no evidence of a racial motive and the fact that there were also three non-Asian […]

Labor day weekend saw 19 mass shootings; most appear to have been Black on Black

Update: When we originally posted this, we documented 15 mass shootings over Labor Day weekend. Four more have come to light. Of the 19 mass shootings, there is one Latino suspect. The rest primarily appear […]