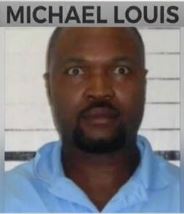 Update: The mass shooter was now been identified as Micheal Louis. He first targeted Dr. Preston Phillips, a Black male who he accused of botching his back surgery. Then he killed two other female employees and a male patient. They include Dr. Stephanie Husen, Amanda Glenn, William Love.

A spree shooter killed four people in the orthopedic wing of a hospital in Tulsa. Afterwards, the shooter committed suicide. Currently, police have only described him as a “Black male aged 35-40.” The victims have only been identified as being over the age of 18.

The Washington Post downplayed the quadruple murder with the following statements:

The shooting came on the 101st anniversary of another horrible event in Tulsa, when a White mob pillaged a Black neighborhood, killing hundreds in one of the worst episodes of racial violence in the nation’s history.

As the hospital shooting unfolded, funerals were commencing in Uvalde after a gunman killed 19 students and two teachers at Robb Elementary School. And in New York, a White man accused of killing 10 people at a Buffalo grocery store on May 14 was indicted on 25 counts, including domestic terrorism and murder as a hate crime, authorities said. Payton Gendron, 18, burst into a Tops Friendly Markets store and shot 13 people — 11 of them Black, investigators said.

The claim that White people killed hundreds of Black people in Tulsa is a complete work of fiction. The race riots in Tulsa began as an organized arm attack on a jailhouse by Black residents. This led to a major gun battle. A total of thirty-six people were killed. Twenty-six were Black, and ten were White. During the Rodney King riots in Los Angeles, sixty-one people were killed. During the nationwide George Floyd riots, at least thirty-five were killed.

Many decades after the event, Black activists began floating conspiracies about a secret mass grave. The city of Tulsa has allowed them to conduct excavations for years, but no mass grave has ever been found.

Cellphone video inside the #Tulsa hospital.
Video filmed by an employee of law enforcement sweeping the building and checking on the well-being of four very shaken medical staff after the #shooting took place. #Wednesday #Oklahoma #Shooting #USA pic.twitter.com/e8qn97W8mk

For the THIRD time in one year, a “violence prevention worker” has been murdered in Baltimore

A mass shooter hit four people, killing three, on the east side of Baltimore. While the media has reported few details, one of the fatalities is a “violence interrupter” for the Safe Streets program. DaShawn […]