Philadelphia has an exploding homicide rate, and the level of public heroin/fentanyl use in Philadelphia generates worldwide shock on YouTube. Both the George Soros-funded District Attorney and a majority of the City Council have made it a top priority to reduce the number of Black criminals charged with crimes or held in custody. The result is that Philadelphia is getting more violent and savage by the day.

In the latest atrocity caught on video, two Black males spot a house cat corner on an enclosed porch. They gleefully sic their two vicious dogs on the cat while cheering. The cat is severely injured right in front of its owner.

The cat, whose name is Buddy, has undergone multiple surgeries. At this time, it is unknown if the cat with survive.

Police are still trying to identify the thugs. Sadly, no one believes that the authorities in Philadelphia will hold the criminal accountable. When their identities become, we will undoubtedly learn that they have already been given multiple free passes or minor wrist slaps for past crimes. 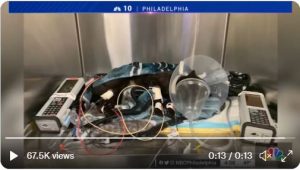 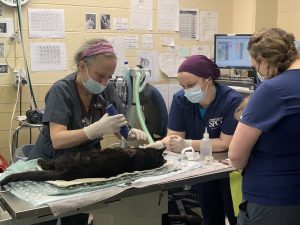 Cynthia Hall was driving to work near Nashville, TN when a Black male began shooting at her and driving to force her off the road. The Robertson County Sheriff’s Office identified the suspect as Randall […]