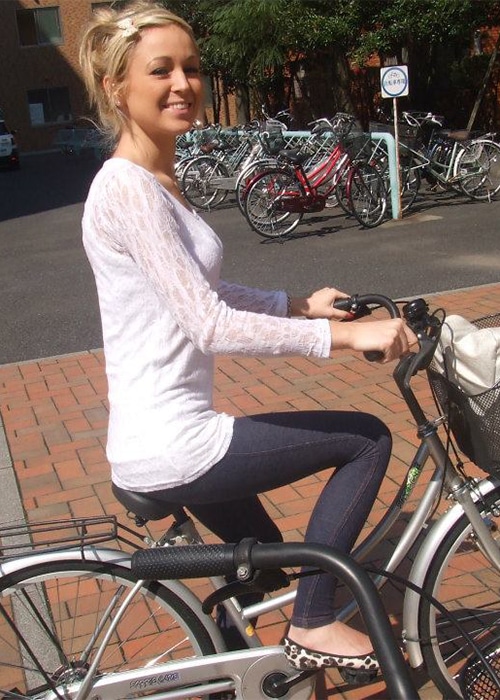 In 2012, American rap star Nicki Minaj was touring Japan, a country known for its low crime.

While the tour was underway, a video was posted online showing American hip-hop dancer James “King Tight” Blackston menacing Japanese citizens on a train. Other Black males laugh hysterically. Days later, on May 24th, this criminal activity would culminate in the brutal rape and murder of Irish foreign exchange student Nicola Furlong, 23, when she attended a Nikki Minaj concert at Zepp Tokyo.

Japanese police first arrested James Blackston for a sexual attack on a different unnamed female victim. Then, American keyboard player Richard Hinds, 19, was arrested for the rape and murder of Furlong.

Some media have described Blackston and Hinds as people who performed during the Nikki Minaj concert. They were both employed by American-born Japanese hip-hop star Ai Carina Uemura. Blackston was also employed by hip-hop stars Omarion and Marques Houston. Hinds was originally identified in the media as a completely different person.

There have been many conflicting media reports. Best we can tell, Ai Carina Uemura, Richard Hinds, and Blackston performed in the same city one day earlier and were all attending the Nikki Minaj concert together.

Japanese prosecutors say Hinds gave Furlong two different kinds of date rape drugs. Then Hinds and Blackston used wheelchairs to transport their comatose victims to the nearby five-star luxury Keio Plaza Hotel. Prosecutors say Furlong woke up in a hotel room and started screaming. Then Hinds strangled her with a towel. Hinds was caught with Furlong’s lifeless body by hotel security, after they received noise complaints.

Eventually, Hinds confessed to “accidentally” strangling Furlong. He alleged that she asked for “rough sex.”

The murder of Furlong was probably the single largest national news story in Japan and Ireland for weeks. However, it barely released any press coverage in the USA.

Blackston was given three years in prison. Immediately after his release, he was spotted partying with rap superstar Snoop Dogg.

Hinds was prosecuted as “a minor” and given ten years, with eligibility for parole in as little as five. However, he was denied parole because Japanese authorities say he never showed remorse.

He was just released from Fuchu Prison on Saturday because the ten years were up. He is expected to be deported to the USA. The prison classified him as a having a moderately low chance of rehabilitation.

Once again, this is a major news story in Ireland and Japan but not in the United States.

Below: James “Kight Tight” Blackston menacing people on a train in Japan.

Irish MEP: America is fanning the flames of war in Ukraine for selfish reasons

Clare Daly is a member of the European Parliament representing Ireland. She is an anti-war socialist representing the party Independents for Change. Related: US Congressman Dan Crenshaw callously defends using Ukrainians as proxies so Americans […]