Media outlets are awash in claims that “Trump has returned to Twitter.” This is still false as of right now, November 21st, 12:00 PM EST.

Other media outlets report that Trump has an exclusive contract with Truth Social and is not allowed to post on Twitter. This claim is also false.

Since Digital World Acquisition Company [DWAC] is publicly traded, the details of the contract are made available to the public on the SEC website.

Trump agreed to give Truth Social a six-hour exclusive. Anything he posts on social media must be posted on Truth Social first. It can be reposted on Twitter and other sites after six hours. This contractual obligation is for 18 months, beginning on December 22nd, 2021. After that. The contract is automatically renewed for 180-day terms without a force majeure. This means an unintended event for which neither party can be blamed. 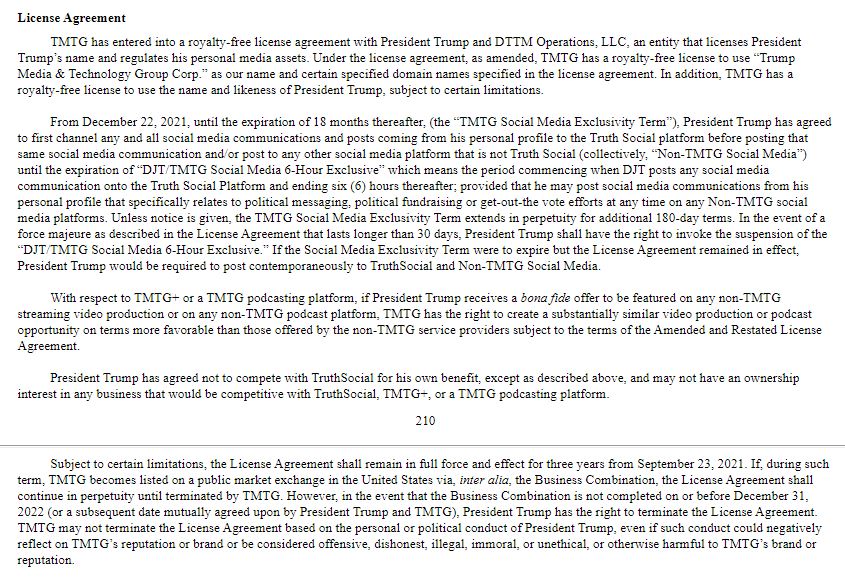 This morning, a new SEC filing from Arjuna Capital was made public. This is a self-described “activist” investment firm specializing in “socially responsible” and “sustainable” investing. They ask Twitter shareholders to vote in favor of Proposal […]

What will come from Elon joining Twitter’s board?