Portland is poised to break every homicide record in 2021.

It is very easy to see why violent crime is surging in Portland. District Attorney Mike Schmidt, a self-described “progressive prosecutor, refuses to prosecute a large percentage of the people charged with crimes in Portland. Meanwhile, he is trying to prosecute members of the police department who far-left activists have targeted. This has led to a mass exodus of the Portland police department.

Portland’s legacy media, which is highly left-wing even compared to other cities, blames surging crime on “Covid-19.”

They have now been at least 61 homicides in Portland in 2021. The city is poised to have the most homicides ever, by a large margin, as well as the highest homicide rate in the city’s history. On top of that, the city is more strict about what is classified as a homicide now than in 1993.

On August 10th, a mass shooting in Portland saw two killed and four others injured. This website reported on it at the time, but the identities of the deceased were unknown.

They are David Turner, 45, and Odion Turner, 42. It turns out they are rappers from Brooklyn. They went by 12 O’Clock and Murdock and were part of a group called Brooklyn Zu. They are affiliated with the nationally known act WuTang Clan. 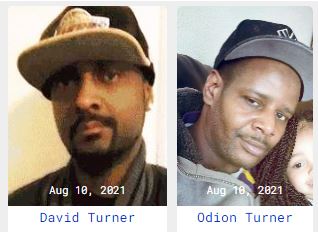 Then on August 20th, Jonathon “Johnny” Polanco, a 30 year old White male, was shot and killed by an unidentified Black male. Video of the murder just surfaced that sent shock waves through the public.

Three unidentified women are involved in a fight. Polanco tries to break up the fight. An unidentified Black male become enraged and shoots him dead. Polanco is being called a “Good Samaritan.”

These are recent victims:

Police made over 1,000 arrests at Antifa/BLM riots in Portland last year. The local “progressive” DA is only prosecuting less than 10%. One of the people who was still being prosecuted was Hannah Lilly. She […]

Seven people suffered non-fatal gunshot wounds during a mass shooting at a parking lot memorial service. It took place in Gresham, Oregon, a suburb of Portland. This is, at least, the second time this has occurred […]