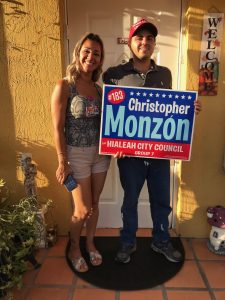 The radical left refuses to condemn the brutal attack on a Marco Rubio canvasser. Instead, they are attacking the victim and calling him a bilingual Latino “White Supremacist.”

The victim has previously attended rallies defending Confederate monuments. Therefore we are supposed to excuse this savage mob attack, in which the victim was seriously injured.

The Miami New Times calls him a “white Nationalist” and “alleged white supremacist.”

Robin Simmons of WSVN, Channel 7, aggressively attacks the victim as a “white supremacist.” She cites the extreme far-left ADL as her source. This is the same group that famously tried to prevent Mel Gibson’s movie about Jesus from appearing in theaters.

Channel 10 Miami ran a fake headline stating that there was “no indication” the attack was politically motivated. Their article contradicts the headline. However, they know that most people only read the headline. They quote the police as saying they do not yet know the motivation and are investigating.

Meanwhile, Twitter accounts for Antifa and left-wing activists in Florida are openly celebrating the attack.

Even if the victim was a bad person, which he was not, the attackers had no idea what his background was. They simply saw that he was passing out flyers for mainline Republican candidates, and they attacked him. According to Marco Rubio, the ringleader reportedly yelled, “Republicans are not allowed in this neighborhood.” 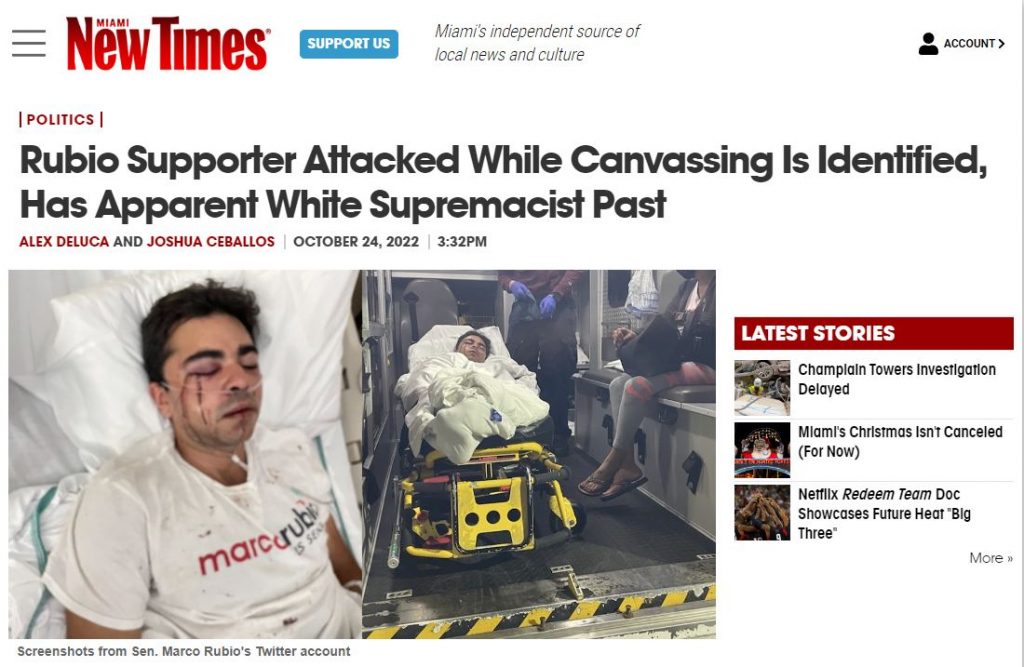 Six people bashed their way into the Bison Coffeehouse in Portland on October 5th. They caused thousands of dollars worth of damage. The Coffeehouse, owned by American Indian woman, had just announced an upcoming community […]

Jonathan Casanova, 27, is the second person arrested for the attack on Christopher Monzon in Hialeah, Florida. Police say Casanova and Javier Lopez launched an unprovoked politically motivated attack on Monzon and even threatened to murder […]