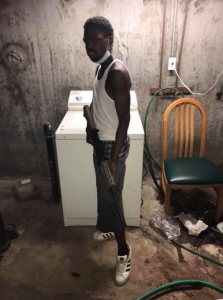 Orlando Harris, 19, went on a shooting spree with an AR-15 at Central VPA High School in St. Louis, Missouri. Alexandria Bell, 16, was killed. Her teacher, Jean Kirk Kuczka, 61, was also killed. Six other victims were wounded. The shooters gun reportedly jammed when he tried to shoot another teenager girl.

Harris was shot and killed by police.

The shooter graduated from the school last year.

There was a mass shooting at Enigma Club & Lounge in Wichita, KA. Last night, Keshawn Maurice Dawson, a 23-year-old Black male, was expelled for fighting. Police say he returned shortly after midnight and began […]