On September 24, 2018, Rayon Allen, 29, slaughtered Lorraine Campione, 93, as she crossed a residential street in Chicago. Two other drives stopped their cars to let her cross. Allen hit Campione while making an improper left turn and drug her body underneath his vehicle. When he finally stopped, he briefly pulled on the woman’s legs but couldn’t remove her. Then he took off running and attempted to carjack another motorist.

Last May, he was slapped on the wrist with thirty months of probation. No jail time. Just probation, and he was ordered to participate in a “victim impact panel.”

First, he hit two pedestrians. Then he did a U-turn and hit a man on a bicycle. After this, he wrecked the vehicle into a metal fence.

The victims are described as two males, ages 39 and 55, and a 39-year-old female. One victim had an injured leg, while the other two sustained head injuries and were listed as critical.

Allen was arrested at the scene on suspicion of drunk driving. 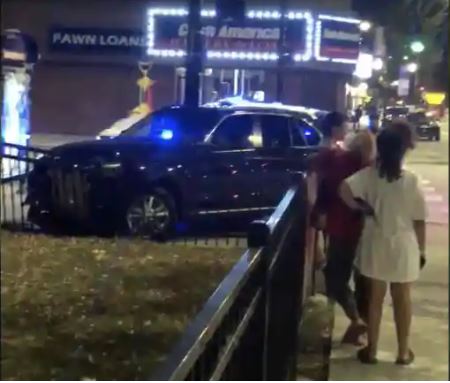 Miami Beach declared as 12:00 AM curfew after Spring Break week was rocked by shootings and widespread violence. The Miami Herald is denouncing the curfew as racist. Posted on social media, a brawl breaks out […]

The far-left is claiming that Adam Toledo was “a baby,” “a child,” etc. and that there can supposedly never be a justification for a police shooting of an armed 13-year-old. Many are even saying it was […]