Here is what we know:

People believed to be part of the “safety volunteers” were photographed on February 10th in a different Portland neighborhood. They were brandishing AR-15s and wearing body armor.

Around 8:00 PM, Benjamin Smith, a 43-year-old resident, yells at Antifa to leave. A confrontation ensues between Smith and armed Antifa, in which Smith also pulls out a handgun. Smith is shot and seriously injured. He is still listed in serious condition.

Five other people are shot. Brandy June Knightly, a 60-year-old activist known as “T-Rex,” is killed. According to Antifa sources, she was sitting in the back of a pickup truck used to block the street. Dajah Beck, 39, was shot twice but not seriously injured. Beck has been arrested during at least two Antifa riots and faces a felony charge in Tigard, Oregon.

Police arrested two people at the scene and found two guns. Antifa witnesses refused to cooperate with the police. Many Antifa Twitter accounts ordered people to take down information and remain silent. On Twitter, a reporter for the Oregonian stated that police believe Antifa removed shell cases from the crime scene.

On February 20th, police attempted to hold a press conference about the shooting. Police spokesman Lt. Nathan Sheppard is met by screaming Antifa and forced to end his press conference after only a couple of minutes. Antifa then follows him to his car, screaming and yelling.

On February 22th, Portland police announced, “People at the scene removed critical evidence before officers arrived.” The police are pleading for witnesses to return evidence and cooperate.

So far, no one has been charged with a crime. 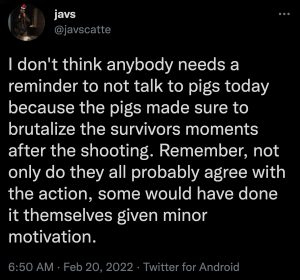 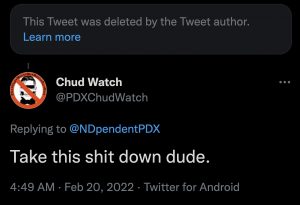 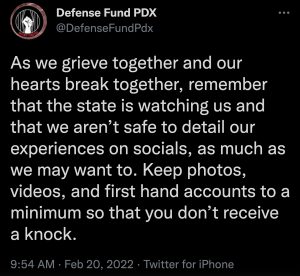 Multiple Antifa websites have published a claim of responsibility, by Antifa, for the firebombing of a Berlin police station on September 17th. The station is located in the downtown embassy district. Antifa say they scattered […]