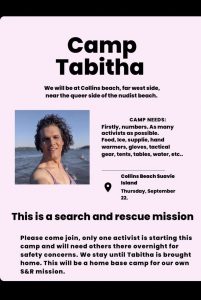 Peter Wilson Curtis, AKA “Tabitha Poppins,” is a prominent member of Portland’s far-left militant community who has been arrested at several Antifa riots. Last Monday, he most likely drowned in the Columbia River.

A man called 911 to report someone in the water was in distress at Collins Beach. The coast guard was deployed. After three hours, the coast guard said they were now searching for the body of a 42-year-old man. Curtis had been using a paddleboard in the river.

Portland Antifa has made a mockery of their own’s friend’s death. First, they denounced the Coast Guard for accurately describing Curtis as “a man.”

Now, days later, they are conducting their own “search and rescue mission,” in which there will be no cooperation with the Coast Guard or law enforcement.

In less than three years, FIVE people involved with Portland’s Antifa riots have died violently. Two were stabbed to death, two were shot to death, and one was crushed by a car. A sixth person committed suicide.

October 12th, 2019: Prominent Antifa member Sean Kealiher was crushed to death with a car. He was involved in a fight near Cider Riot, a notorious Antifa hangout that has since been shuttered. Even though the SUV was abandoned, it took police years to arrest a suspect because Kealiher’s own friends lawyered up and refused to cooperate. Eventually, one of Kealiher’s friends conceded, through a statement from his lawyer, that he fired a gun at the driver. Antifa acknowledged that the fight had nothing to do with politics. It was just a fight between two groups of thugs.

September 3rd, 2020: Michael Forest Reinoehl, a high-profile self-described member of Antifa, died in a shootout with Federal law enforcement. Just days earlier, Reinoehl stalked and murdered a man in Portland because he was a Trump supporter. The cold-blooded murder was captured on video.

January 31st, 2021: Isaiah Jason Maza was found stabbed to death near a homeless encampment. He was facing up to thirty years in prison for allegedly placing a homemade bomb in the Mark O. Hatfield Federal Courthouse during an Antifa riot in 2020.

May 25th, 2021: Joseph Robert Sipe was stabbed to death at a homeless encampment. Sipe had been previously arrested for allegedly throwing a Molotov cocktail at police during an Antifa riot in 2020. The suspect is Aaron David Christopher, a forty-year-old black male who is a career criminal.

February 19th, 2022: During an Antifa riot, heavily armed Antifa members confronted a homeowner. Some Antifa members knew the homeowner from the “furry community.” The confrontation escalated to a shootout, and sixty-year-old Brandy Knightly, who was part of the Antifa mob, was killed in the crossfire. Portland police accused Antifa of stealing crime scene evidence and refusing to cooperate. Another Antifa and the homeowner were also both shot and wounded. 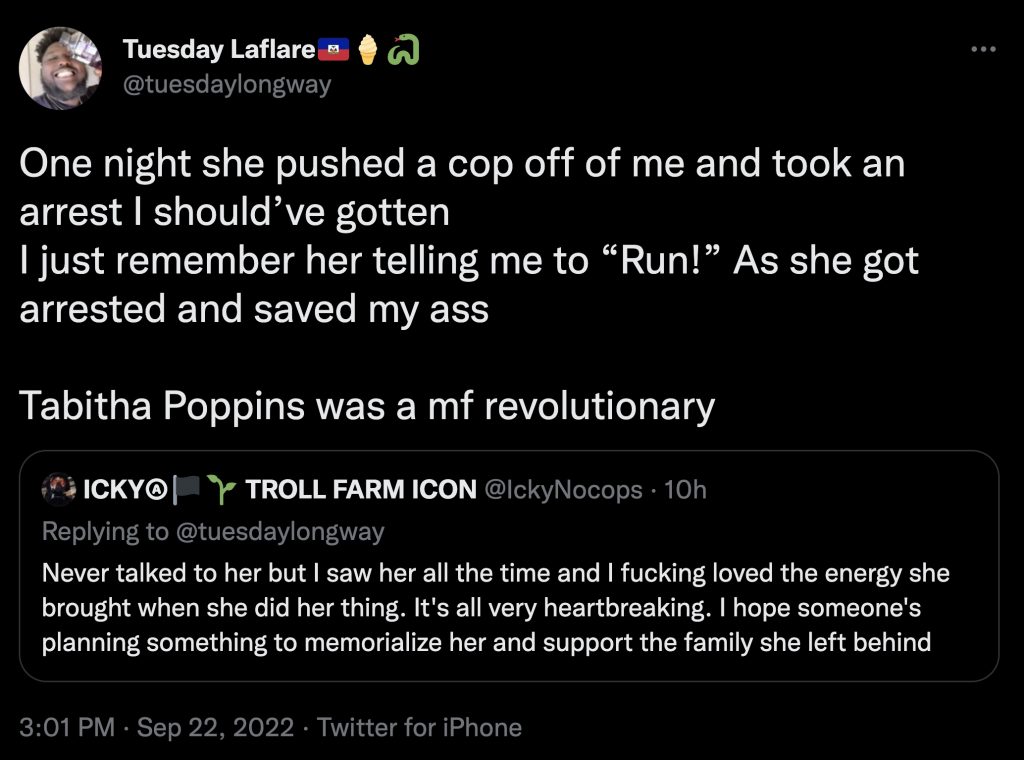 Antifa infighting is nothing knew. It is one of the reasons that many Antifa chapters have banned live streaming at their “direct actions.” Last night Antifa gathered at the state capital building in Denver Colorado […]

Olympia PD announces the arrest of a suspect in the Antifa shooting of conservative activist Tusitala “Tiny” Toese.

The Olympia Police Department has announced that a suspect has been arrested in the shooting of conservative activist Tusitala “Tiny” Toese. Olympia Police Statement: On 9/4/21, a shooting occurred at the Intercity Transit Station located […]