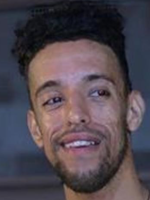 Ayoub Tabri, 25, is a green card holder from Morocco. He used a road flare to set a Philadelphia police SUV on fire.

Tabri is one of six thugs charged with setting Philly police vehicles on fire while BLM and Antifa violently rioted in May 2020. US Attorney Bill McSwain promised to seek lengthy prison sentences when they were arrested. However, most have already been offered plea deals.

Tabri accepted a sweetheart plea deal for one count of obstructing law enforcement during a civil disorder. He already spent over a year in jail after being arrested. He will get time served, and deportation will be off the table. He is supposed to pay $87k in restitution but probably never will.

Lester Fulton Smith, 26, and Lore-Elizabeth Blumenthal, 35, have also accepted plea deals. They will receive their wrist slaps at sentencing hearings later this month. Smith was Tabri’s accomplice, who also threw a road flare into the SUV. He also pleaded guilty to the same obstruction charge.

Blumenthal set fire to a police sedan and a police SUV. So she has to plead guilty to two obstruction charges. Blumenthal was famously caught because she wore a t-shirt with a far-left slogan. She had purchased the shirt on Etsy and left a review that led back to her.

Three other people, Anthony “Ant” Smith, 31, Khalif Miller, 26, and Carlos Matchett, 32, have trials scheduled for later in the year.

At least 37 people were killed during the nationwide BLM and Antifa rioting in 2020.

Shock crime videos from across the country

Two thugs, who savagely brutalized a cat while gleefully cheering, have turned themselves in. A security camera captured the heinous crime. The thugs have been charged with multiple “felonies,” including animal fighting, aggravated animal cruelty, […]