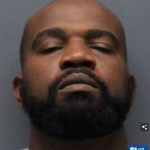 Tammel Esco, a 42 year old Black male and career criminal, was recorded on surveillance video punching a 67 year old Asian woman 125 times and then stomping on her head.

The victim lived in the same building as he did.

Esco has been arrested seven times for felonies and another seven times for misdemeanors. He was sentenced to prison for a 2010 stabbing, but served less than two years. He was arrested for attacking a woman and throwing he through the window of a Salon in February 2021.

The NYPD has released information about six more suspects who they say are being investigated for hate crimes against Asian victims. Seven of these are all cases in which the perpetrator allegedly used racially abusive […]

For months, the media and the political elites in the USA have been hyping a false narrative that Asian people are under attack by “racist Whites.” We are supposed to believe that Donald Trump’s rhetoric […]