On December 2nd, Semmie Lee Williams Jr., 39, was arrested for stabbing 14-year-old Ryan Rogers in the face and head, killing him. The attack occurred without any provocation. Williams Jr has been committing assaults since at least 2004, but he was pampered by the justice system.

Among other attacks, Williams launched an unprovoked attack on an elderly White male in 2014. Williams attacked Brincks while he was riding his bicycle, and then beat and strangled him while gleefully exclaiming “I will finish you.” Another person intervened and saved his life. Brincks still suffers chronic injuries from the attack.

Brincks predicted that Williams would eventually carry out a successful murder and says the prosecutor and the judge coddled him. In 2016, Fulton County Superior Court Judge Thomas A. Cox saved Williams from prison and only sentenced him to “time served” in 2016. Cox claimed that time spent in a mental institution awaiting trial was punishment enough. Williams faced 21 years for the murderous attack.

Local media has been describing him as a drifter.

A police report filed December 9th claims Williams told police that he murdered Rogers because he is White. Williams battled with the arresting officer and called him “White Devil.” When police asked Williams if he knew why he was being arrested, he replied, “yeah, murder because of what they did to Black people about giving them syphilis.” An apparent reference to the Tuskegee Experiment.

The murder has been quarantined to local media coverage only, and even the local media is burying the racial motive. Had the races been reverse, this would be an instant national news story. It would be a trending topic on Twitter for days, with celebrities and politicians publicly expressing their outrage. Black racial activists would be leading marches through Palm Beach Garden. 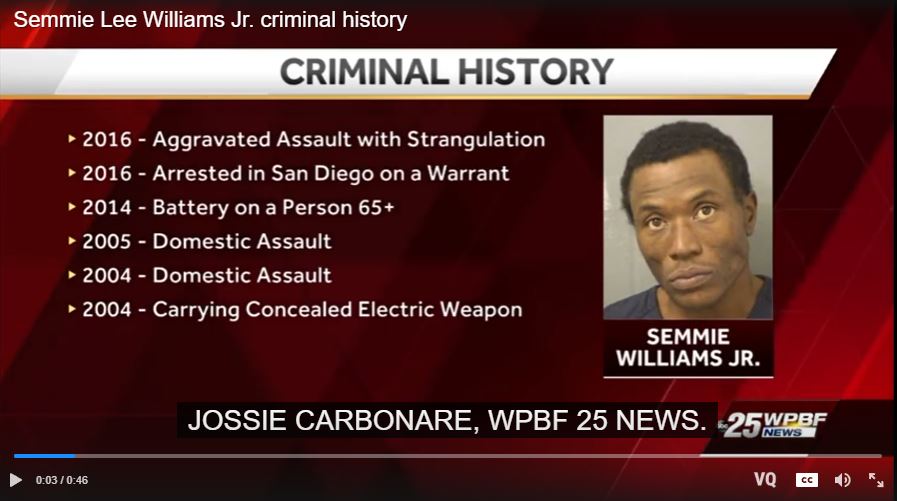 In Houston, Texas, a baseball coach for Langham Creek High School was brutally beaten and hospitalized by middle school-aged perps from another school. The coach suffered a broken arm and other injuries. The perpetrators drove […]

The FBI reports that 83% of all murders in Minnesota, that were reported to the agency in 2019, occurred in the Minneapolis-St. Paul Metro area. The twin cities are about 13% of the population of […]

A mass shooting occurred in downtown Portland, Oregon today. It occurred around 2:00 AM. An 18-year-old female victim died. The other six are expected to survive. Another male victim was shot to death in Portland […]