Scott Ritter was a UN weapons inspector from 1991 to 1998. He was one of the inspectors who worked in Iraq to verify that Hussein had dismantled his chemicals and biological weapons. Later he would become a high profile critics of the Bush administration’s claim that Saddam Hussein was still hiding weapons of mass destruction.

“History will record, though, that Ritter was right, while those who showed him nothing but contempt were flat wrong. While he wasn’t the only one saying that the war’s pretense was false or that its aftermath could be calamitous, Ritter was almost certainly the most determined dissenter and the one with the most on-the-ground intelligence.” – New York Times, Feb 22, 2012

More recently he has been disputing claims that the Ukrainian president has made about Bucha. For this, his account is suspended. He had 59.2k followers. 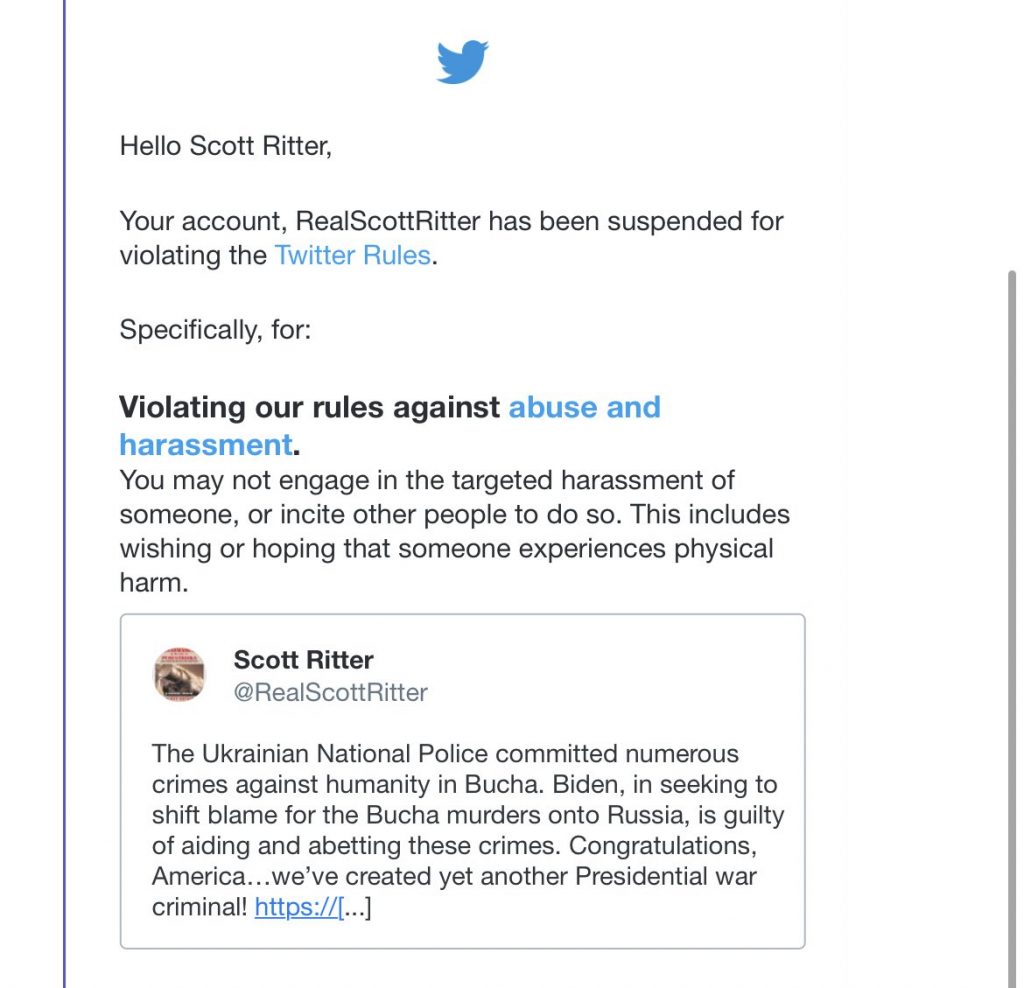 This is a snapshot of Ritter’s Twitter profile page on April 4th, 2022 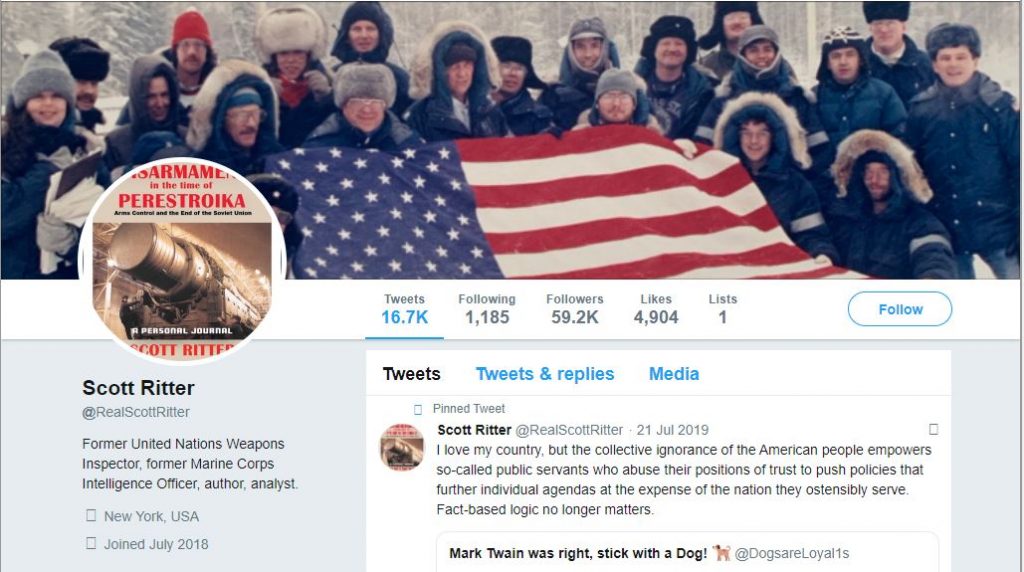 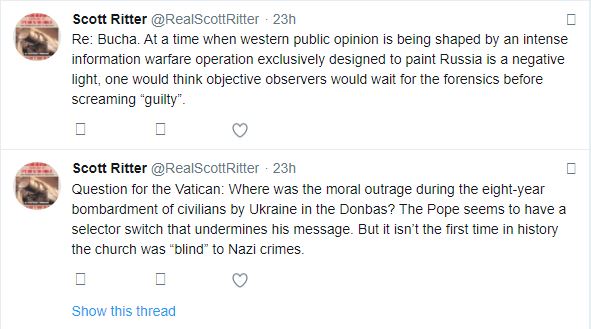