No matter what happens. No matter where it is. The “mainstream” Western media is going to claim that certain groups are suffering even more than everyone else. This is their agenda. They are totally shameless.

Where was Daily Mail when British/US government sponsored Arab Jihadists in Libya where attacking immigrant communities and seizing sub-Saharan Africans to be used as actual slaves? 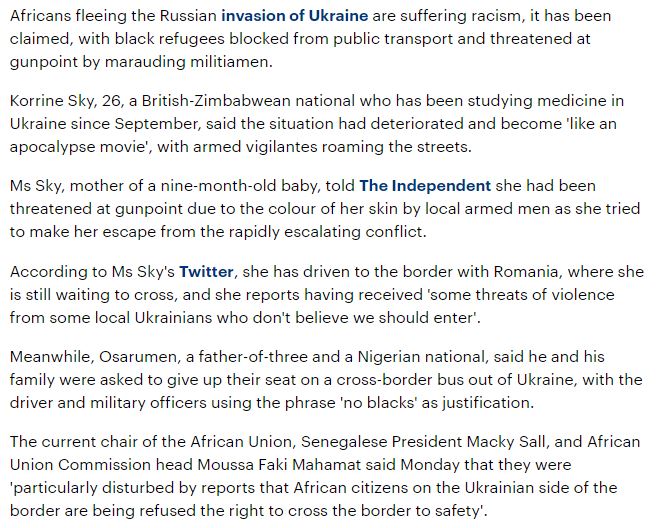 Anne-Laure Bonnel made a documentary about the Donbas War in 2015. She says it was censored and never actually aired on French television. Youtube deleted the original upload in early March of 2022. A new […]

NATO Secretary-General Jens Stoltenberg was at the June 12th Kultaranta Talks in Finland. He spoke with Finnish president Sauli Niinisto about the Russo-Ukrainian War. While neither outright endorsed the ceding of territory to Russia, they […]

Guest Column From Renaissance Horizon… While speaking to Ukrainian refugees near Warsaw, Polish Prime Minister Mateusz Morawiecki said sanctions against Russia are failing. “I must say this very clearly: the sanctions we have imposed so […]