On May 29th, a gunman killed five victims in the Israeli city of Bnei Brak. Four pedestrians were killed. Then a police officer and the gunmen were both killed during a shootout.

Israeli Security officials identified the gunman as Diaa Hamarsheh, 26, from the town of Ya’bad in the West Bank. Hamarsheh had previously served time in an Israeli prison for trafficking weapons. The weapon he used is said to be an M-16 of unknown origin. No group claimed responsibility.

The gunmen, who are said to be second cousins, were armed with rifles, handguns, and body armor. They were eventually killed by undercover police officers. One of the gunmen was previously arrested for trying to join ISIS in 2016.

On March 22nd, a Palestinian killed four people in the Israeli city of Beersheba. He used his car to ram victims and then stabbed people.

Since Russia invaded Ukraine, many Palestinians have been eager to compare themselves to the Ukrainians on social media. This sentiment has even spread outside of the Middle East, with Chilean President Gabriel Boric equating the Palestinians to Ukrainians. Even the Jerusalem office of the Associated Press amplified this narrative with the headline “Many in Mideast see hypocrisy in Western embrace of Ukraine.”

Israel Prime Minister Naftali Bennett has been one of the primary world leaders urging Ukrainian President Volodymyr Zelensky, himself Jewish, to agree to a negotiated peace with Russia.

The response has elicited outrage across the Middle East, where many see a glaring double standard in how the West responds to international conflicts.

“We have seen every means we were told could not be activated for over 70 years deployed in less than seven days,” Palestinian Foreign Minister Riad Malki told a security forum in Turkey earlier this month.

The U.S.-led war in Iraq, which began 19 years ago this month, was widely seen as an unlawful invasion of one state by another. But Iraqis who fought the Americans were branded terrorists, and refugees fleeing to the West were often turned away, treated as potential security threats. 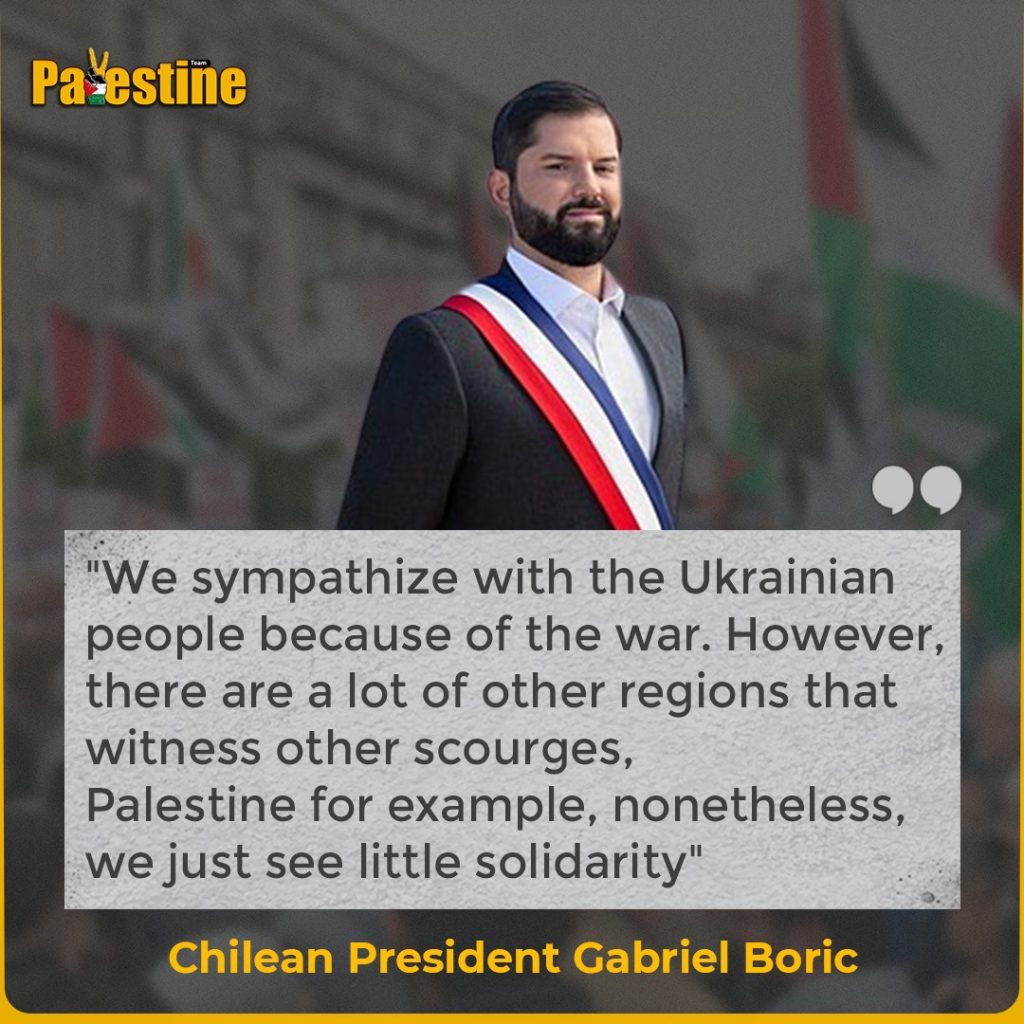 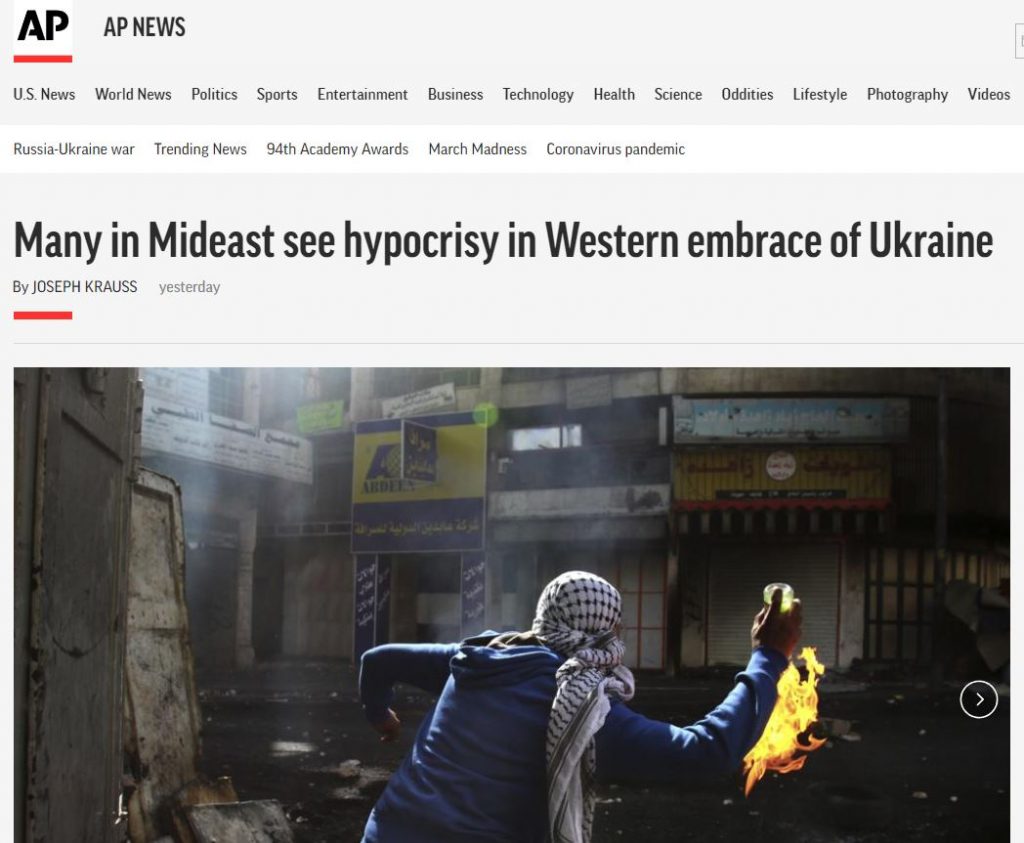 Graphic video shows the moment of the attack in Bnei Brak. The gunman can be seen shooting at passersby. https://t.co/LVFuCBrF5D pic.twitter.com/Sz7qJXEkZj

Two killed in the shooting attack in Hadera. Graphic video shows the beginning of the attack. pic.twitter.com/rvIUBpCoaU

An 18-year-old unnamed Ukrainian female, fleeing war in Ukraine, was placed on the hotel ship “Oscar Wilde” in Düsseldorf. Ukrainian refugees were placed in empty rooms next to paying customers. Local police say the woman was […]

From Renaissance Horizon… Mariupol, Sartana, Volnovakha, and the surrounding area have been under a de facto occupation by Kiev backed hardline militias since 2014. They are part of an area that tried to secede from […]