Marcus McCowan, 18, has been charged with attacking multiple adults and attempting to kill two newborn babies at the Odessa Regional Medical Hospital. First, he attacked a breastfeeding mother and tried to strangle her baby to death. Then he broke into the nursery and tried to strangle a different baby while yelling, “die!”

Both newborns had turned blue from strangulation.

His girlfriend was giving birth at the same time. When police arrived, he attempted to grab an officer’s gun. He has been charged with two counts of attempted capital murder and many other crimes. 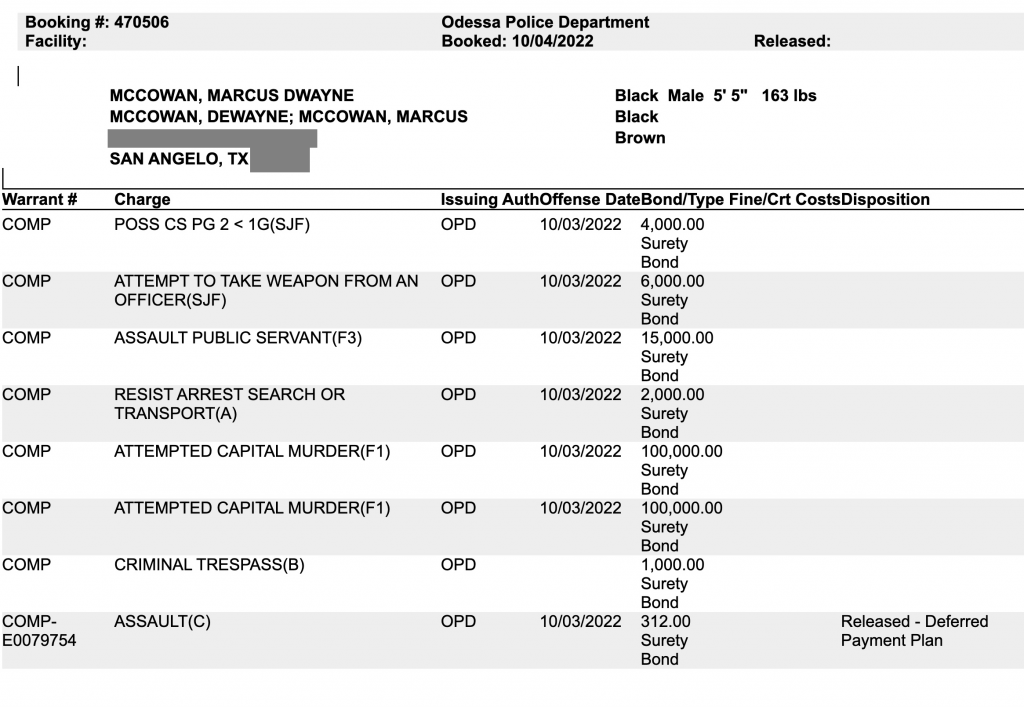 This website has documented the exponential surge in homicides that coincided with the nationwide Black Lives Matter rioting of 2020. The Department of Justice Bureau of Justice Statistics has been slow in releasing data for 2020. The data is […]

Three bystanders, including a four year old, shot by gangbanger in Times Square

New York City’s descent into anarchy continues with three people shot in Times Square. The victims are two adult women and a four-year-old girl. All three are expected to survive. Police say a group of […]

Police say Wesley Brownlee, 43, killed six men in Stockton since last July. Brownlee is a Black male and he appears to have specifically targeted light skinned victims. Stockton police claim they apprehended him while […]