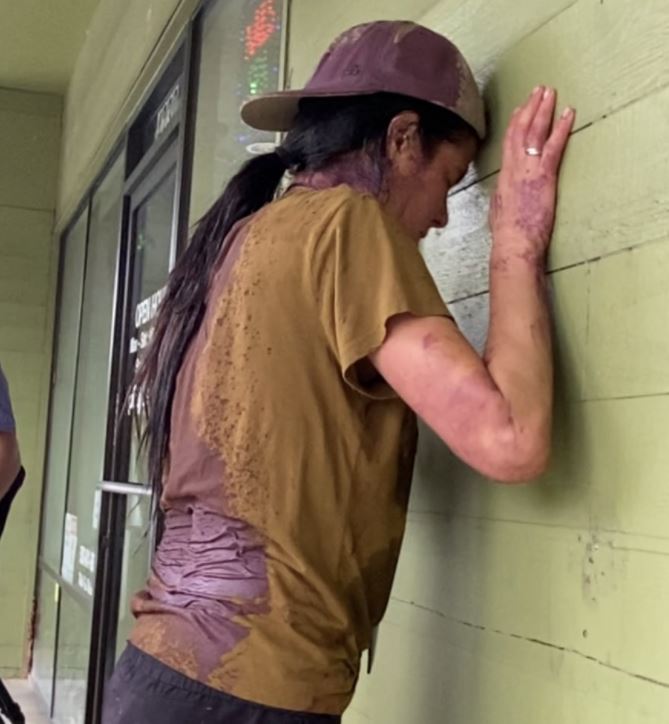 Antifa attacked a female journalist while calling her derogatory slurs

In the past, The Society of Professional Journalists Oregon Chapter [SPJ – Oregon] had refused to comment when Antifa committed felonious violence against members of the media in their state.

However, the brutal attack on Maranie Staab has forced them into a corner. SPJ – Oregon issued a feeble statement condemning the assault that only describes Antifa as “protesters wearing all black.” It goes on to allege that police commit the same kinds of violence against journalists. SPJ – Oregon has never offered evidence that any police force has committed similar violence against media members.

Maranie Staab was assaulted, shot multiple times with paintball guns, sprayed with multiple chemical irritants, and had electronics destroyed. The attack took place on the east side of Portland, where Antifa launched a surprise attack on a patriotic rally held in a closed-down K-Mart parking lot. It was the second time Antifa has attacked Staab since May.

Maranie Staab is a Portland-based left of center freelanced journalist who has supported left-wing narratives about alleged police and right-wing violence.

Ironically, many left-wing militants on Twitter objected that she was called names like “slut” and “bitch,” but did not object to the violent attack. The attack seems very much like an anti-female hate crime, given the language used by the attackers. SPJ – Oregon seem like their primary objection is also the language used. They do not even mention most of the violence used against Staab in their statement. 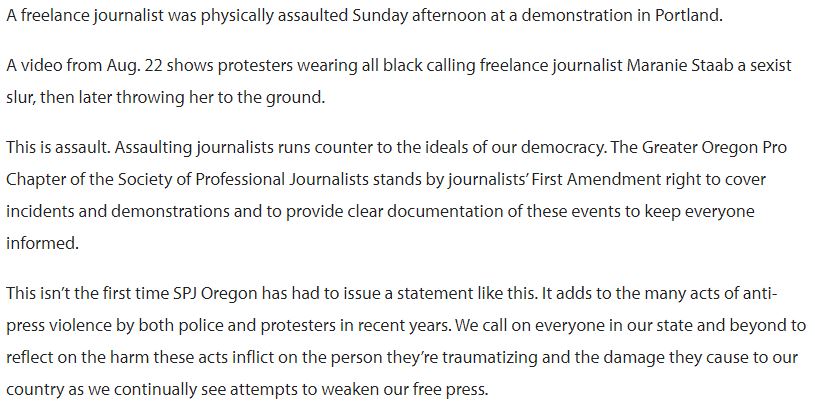 📹| Woman attacked by men dressed in black cloths and gear

▪️Attackers spit on journalist Maranie R. Staab, threw her to the ground and pepper sprayed her. They also smashed her phone.#USA #Florida #humanity #attack pic.twitter.com/84YAMkxu3C

Antifa accounts in Portland don’t take issue with the assault of photographer Maranie Staab. They take issue that she was called a slut. pic.twitter.com/HojeWFHXDj

Breaking: Video from Sunday in Portland shows #antifa throwing projectiles at a group of journalists helping photographer Maranie Staab after she was assaulted by antifa. Video by @JLeeQuinn: pic.twitter.com/FtKE63NW4d

John Colin Hacker, 37, has been indicted by a Multnomah County grand jury for felony third-degree robbery. The charges stem from a May 7th, 2019, Antifa mob attack on Andy Ngo. Hacker allegedly stole Ngo’s […]

Portland Antifa published a two-minute video that calls for more violence in Portland and threatens Ted Wheeler with murder if he does not resign as mayor. It also shows Ted wheeler’s home address. The narrator […]

Antifa is advertising another Portland riot on Twitter right now

The January 20th, Antifa rioted in Portland and Seattle. These riots were pre-meditated and publicly advertised, in advance, on Twitter and Instagram. Using the hashtag J20, Antifa members advertised the rioting in advance and celebrated […]