This is a story that has repeated itself for decades. An arson attack occurs against a Black church. Professional activists scream that it was an act of White Supremacist terrorism. The media often amplifies this accusation. Eventually, a Black suspect is arrested at it is never mentioned again.

Delvin McLaurin, a 23-year-old Black male, has been charged with numerous crimes for six acts of arson. Two of these acts were against churches. Epiphany Lutheran Church in Jackson, which had a Black clientele, was destroyed. At least one act of arson occurred on the grounds of Jackson State University, a historically Black college. The fires began around 2:45 AM on election day, November 8th.

Firefighters would spend the next three hours putting out the blazes. Five of the fires were controlled and extinguished, but the Epiphany Lutheran Church was burnt to the ground.

Shuwaski Young, the Democratic Party nominee for Mississippi House District 3, hoped to capitalize on the timing of the arson. He called it a continuation of historical terror to suppress the Black vote.

Despite McLaurin being formally charged five days ago, Young has not bothered to remove his statements from social media. National Conservative used Twitter to reach out to Young and call on him to issue a retraction and an apology. 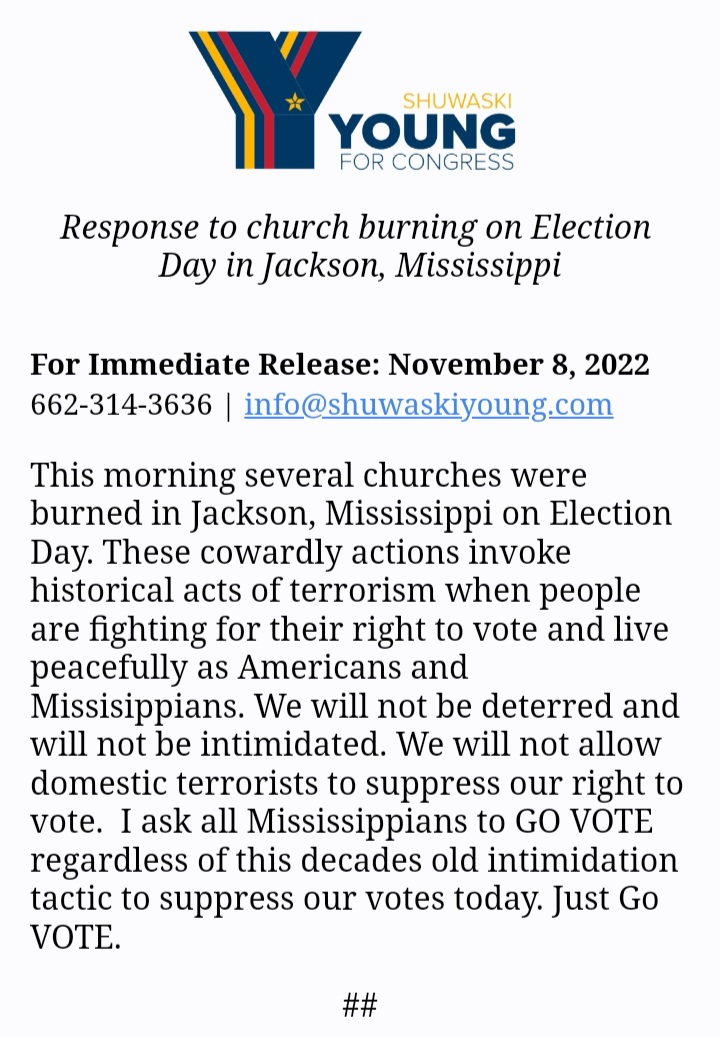 James Edwards, a political science major at East Carolina University, has been charged with cyberstalking. Police say he used social media to post a fake recruitment ad for a Theta Chi rush party. In the ad, […]

Is this the future of public schools? Race-based dual valedictorians and salutatorians

West Point High is a poorly performing 81% Black high school in the Mississippi town of West Point. According to public records, Black students achieve an average ACT score of 15, while the school’s White minority, […]

Mississippi had highest homicide rate in 2020, but reported the most incomplete homicide data to the FBI

85.2% of American law enforcement agencies reported data on homicides to the FBI in 2020. Mississippi had the highest homicide rate in the nation in 2020, according to the CDC. However, this is the state with […]