Yesterday 264 combatants surrendered at the Azovstal industrial park in Mariupol. Of those, Russia took 53 wounded directly to a hospital in the DPR. The other 211 were taken to POW camps. Another batch is expected to surrender today. Russia has massed buses and medical personnel to receive as many as 2,000 prisoners. However, it is unknown how many combatants are inside. It is speculated that there are over seven hundred members of the Azov Battalion and hundreds of members of the 12th National Guard Brigade, the 36th Naval Infantry (Marines) Brigade, the coast guard, federal police, and civilian volunteers.

The media says that Ukraine is winning the war against an incompetent Russian army. To advance that narrative, they don’t want to report on the mass surrender of combatants in Azovstal. So it is not a surrender. It is an “evacuation.”

No matter what you think about the war in Ukraine, this is just another example of how our so-called “mainstream” media is fake. What’s next? Will the POW camps be called “Russian vacation destinations?” 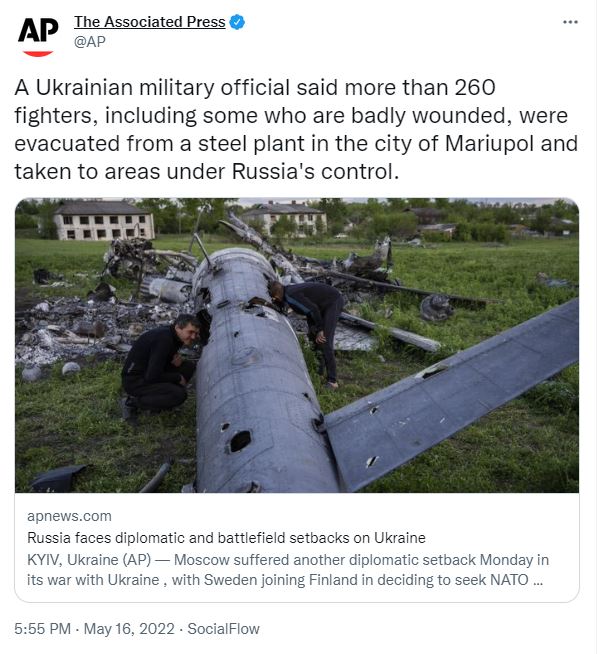 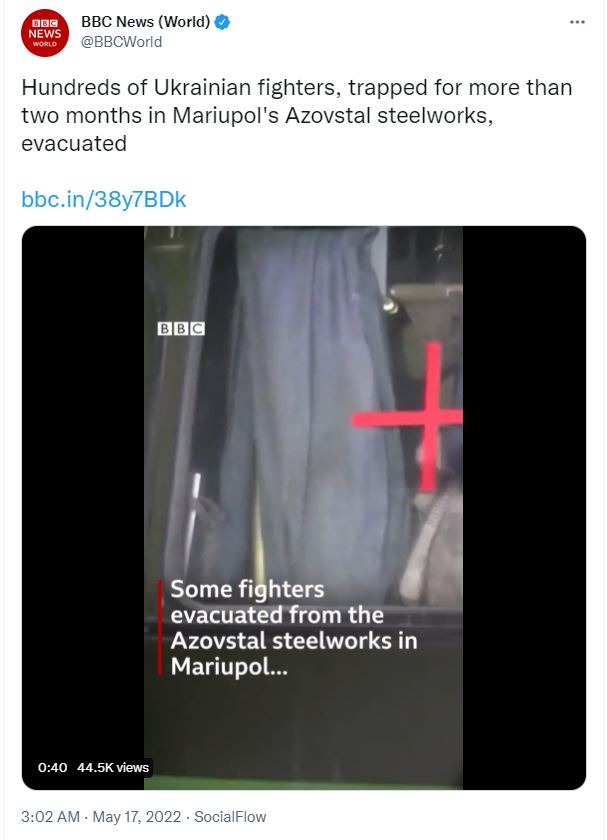 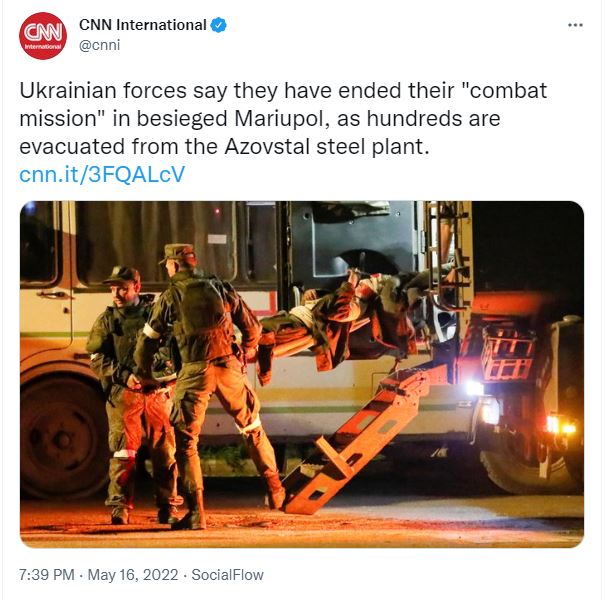 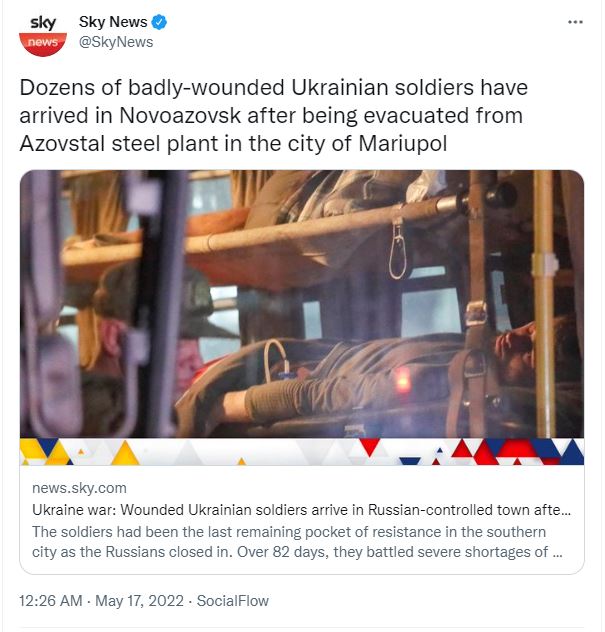 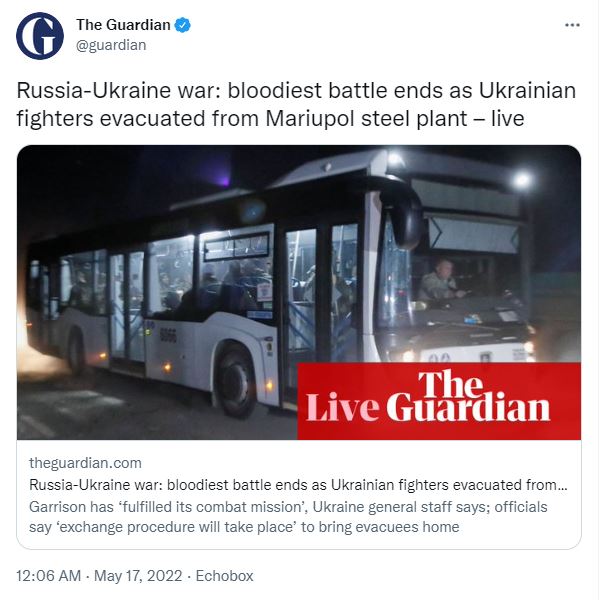 The Washington Post ran an article chastising the Ukrainian government in Kiev for firing heavy weaponry next to occupied apartment complexes. The article begins by citing Ukrainian MP Oleksii Goncharenko as saying Russia hit an […]

Save Ukraine – Negotiate a peace where both sides can declare victory

The most pragmatic approach to peace negotiations would be to create terms in which both sides can declare victory and neither side is humiliated.

Two Americans believed to have been captured near Kharkov

From Renaissance Horizon… Two American citizens fighting in Ukraine are believed to have been captured by Russian forces in a village somewhere near the city of Kharkov. Robert Drueke, 39, and Andy Huynh, 27, are […]