On April 18th, Azov Battalion posted two videos on their official Twitter account of women and children that they claim are inside the Azovstal steel plant.

In the first few days of the war, the mayor, deputy mayor, and city council of Mariupol were allowed to leave the city while Ukrainian forces closed the roads to everyone else. Greek media and Greek diplomats in Mariupol say the Greek embassy spent two days lobbying Kiev before they were finally given permission to leave. However, they stated that no civilians were allowed to come with them.

Greek media has reported claims by Pontic Greeks in Mariupol that civilians were being threatened with murder for trying to leave. A dashcam video went viral showing what appeared to be men in Ukrainian uniforms killing a motorist and indiscriminately firing on other civilian vehicles trying to leave.

Later the Red Cross would report that the roads leaving the city, even before you got to the first Ukrainian checkpoint, were mined. Thus preventing people from leaving. Hundreds of citizens in Mariupol have accused Ukrainian forces, specifically Azov Battalion, of atrocities against the civilian population.

There are now claims of atrocities against regular Ukrainian soldiers by Azov as well. American YouTuber Patrick Lancaster has presented credible evidence of what appears to be a Ukrainian soldier, shot in the back by his own side, while trying to surrender outside a hospital near Azovstal. Inside the hospital there is evidence of murdered civilians, including a woman who was killed with her hands tied.

Video from Russian television alleges to show a Ukrainian soldier who was killed execution style with his body stuffed in a trash bin near Azovstal.

Azov was a large volunteer militia formed to fight in the Donbas War in 2014. They were part of a military force that re-took Mariupol from separatists in 2014. Kiev permanently stationed Azov in Mariupol and gave them the power to act as federal police. Azov was also given a newly built luxury beach front resort in the village of  Yur’vka to use as their main barracks. This is about a 37 minute drive from downtown Mariupol.

On April 18th, Azov posted two video clips of women and young children on Twitter. The group claims the people in the video clips are inside the Azovstal steel plant. This appears to be a direct omission of using human shields.

Russia announced that they were giving Azovstal one more day to surrender peacefully. Moscow’s negotiators offered Kiev a two hour ceasefire window, between 4:00 PM and 6:00 PM on April 19th, for all civilians to leave. Any combatants would also be free to surrender at this time. It has been reported that one hundred and twenty civilians were able to leave the Azovstal complex. However, it is unclear if this was the result of diplomatic negotiations, or because Russian troops simply reached the area they were being held in. It is unknown how many more civilians are still inside the complex.

👆🏼They are sheltering in the basements and bunkers from “russian world”.
They found their only available shelter next to the Ukrainian soldiers, who are still defending the city from russian invaders. 👇🏼 pic.twitter.com/2se0Z5Neu4 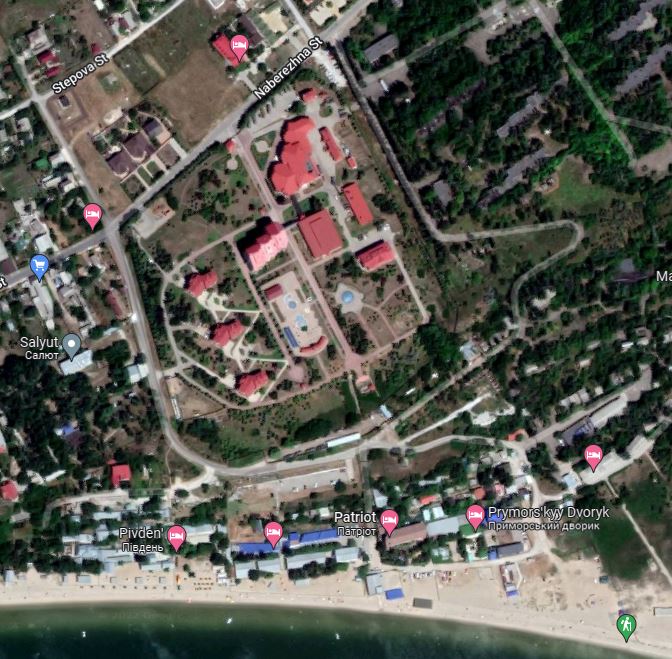 What is Russia thinking?

Morbidly obese man chains himself to a McDonald’s in Moscow

March 13th was the final day that 850 McDonald’s locations in Russia were allowed to remain open. At one Moscow location, Lukas Safranov, son of famous Russian painter Nikas Safranov, chained himself to the door. […]

The Times: British government pushing Zelensky to keep the war going and reject a negotiated peace

The Times reports that the British Government is actively pushing Zelensky not to pursue peace. The Times is Britain’s fourth-largest newspaper, but it is generally considered the most prestigious, highest-quality news. The other top newspapers focus […]