The Germany Federal Network Agency, led by Klaus Müller, is part of the Federal Ministry for Economic Affairs and Climate Action.

Müller urged Germans to take fewer “warm showers” in anticipation of a potential halt to imported Russian liquified natural gas [LNG]. Müller says that German reserves of LNG would only last until the autumn. At which time, Germans could find themselves without any fuel for their water heaters or furnaces.

While the German government currently rejects Zelensky’s demands for a total embargo against Russian LNG, Müller says Germans must start preparing for this potential scenario. He says that Russia could also halt exporting natural gas to Germany to retaliate for sanctions.

Weeks ago, European Union Commissioner for Competition Margrethe Vestager stated, “control your own and your teenager’s showers, and when you turn off that water, say, ‘take that, Putin.'”

Germany is currently shutting down its last nuclear reactors this year and has already put significant restrictions on coal.

In a shocking turn of events, the nation of Greece is halting its planned phase-out of coal-powered plants. Plants scheduled to be shut down in 2023 have been postponed, and the government has authorized a 50% increase in the amount of coal that can be mined in 2022. Greece was supposed to end all coal power by 2028 to stop “global warming.” 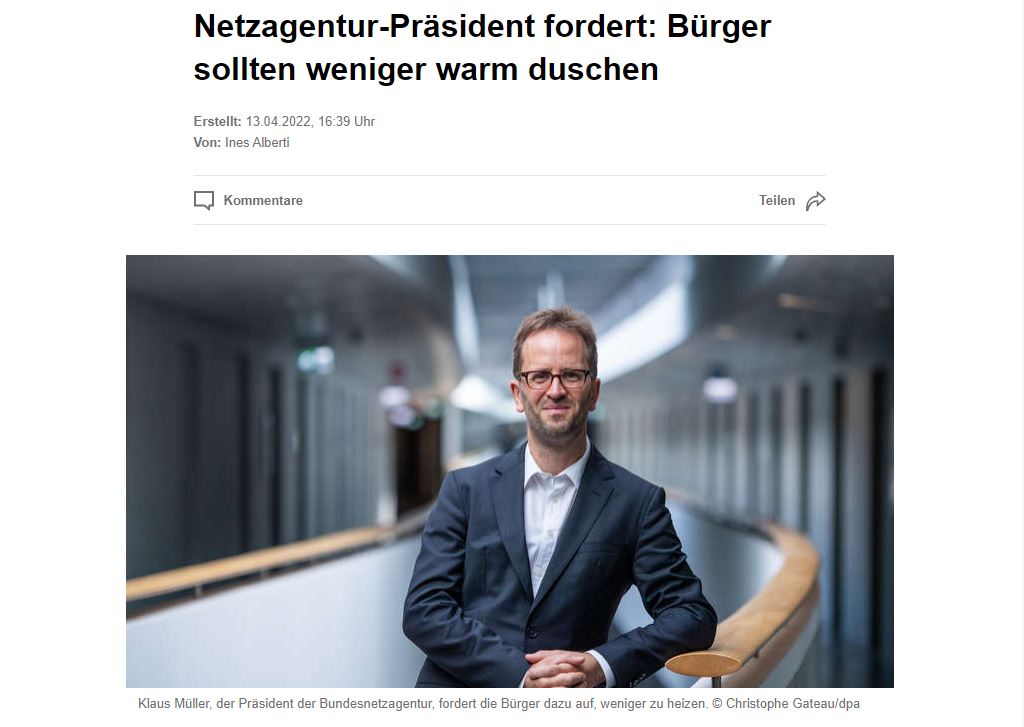