The Palm Springs, California mayor and city council voted unanimously to pay twenty select residents between $600 to $900 per month for a “study.” However, only people who self-identify as transsexual or “non-binary” can enter this taxpayer-funded lottery.

The actual dollar amount received will be based on current income. The winners will receive monthly payments for 18 months. This means they will get between $10.8k to $16.2k total. The program will be administered by two leftist non-profits, DAP Health and Queer Works.

This transsexual lottery is being promoted as a “study” on the effects of “universal basic income” [UBI] on the transsexual and non-binary community. DAP Health and Queer Works will get to pick the winners and will allegedly study the effects of what happens when they get this free money.

Palm Springs set aside $200k to pay for the program. However, this amount does not even cover the minimum payment of $600 for twenty people for 18 months. The two left-wing non-profits will undoubtedly pocket a substantial amount of money in operating costs.

Palm Springs hopes to receive matching funds from the California state government, which has already set aside $35 million for UBI pilot programs. This means the total program is expected to cost $400k, with DAP Health and Queer Works receiving between 76k to 184k for conducting the study. Taxpayer-funded National Public Radio [NPR] is defending the program while strategically omitting that it will be a lottery for twenty residents. Reason published a “factcheck” headline saying the story was fake, but then admits that most of what has been reported is actually true.

The caveat is that if California does does give matching funds, DAP Health says the payments will likely be cut short at six months! This means the twenty winners would only get $3,600 to $5,400. DAP Health and Queer Works would still keep between $92k and $128k in this scenario.

This is not satire! 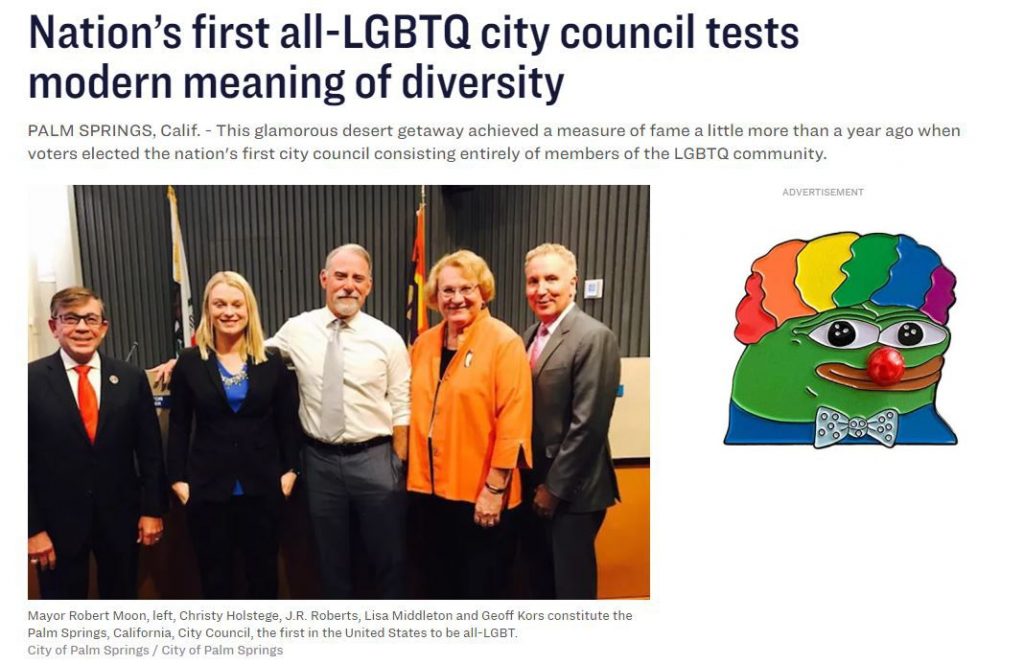 The surge in transsexuality has not come about organically. Much of them are being recruited at a young age. Some are pushed into it by their parents, with so-called medical professions acting as eager accomplices. […]