Gonzalo Lira López, 54, is an American citizen who has been reporting on the war from Kharkiv. On March 20th, Daily Beast ran an attack piece on him. The far-left website smeared him as “a Putin shill,” for his criticisms of the Ukrainian government. On March 26th, López stated that if he goes more than 12 hours without posting online, then he has probably been killed or arrested.

López has written at least three novels, one published in Chile and two published in the USA. His 2002 novel Acrobat was purchased by the Miramax Films. He also wrote and directed the Spanish language movie Secuestro in 2006. He has lived in New York, California, Florida, Chile, and Ecuador before moving to Ukraine.

López has a YouTube channel called “Coach Red Pill” with 321k subscribers. He has also been doing live-streamed interviews with other people about the war in Ukraine. He was scheduled to do an interview with George Galloway on Friday, April 15th, but was a no-show. Since then, no one has been able to contact him.

Sarah Ashton-Cirillo is the pseudonym of a man from Las Vegas who is also currently in Kharkov. Today he bragged on Twitter that López had been arrested by the Ukrainian government.

Le Figaro, one of France’s largest newspapers, recently removed an article about Ukraine from the website. It was written by Anne-Laure Bonnel, who has been reporting on the Donbas War for years. Ukraine detained and interrogated a Ukrainian photographer that works for the paper over the article. They accused him of supporting Russia. Le Figaro deleted the article because the man feared for his life.

Currently, independent media is illegal in Ukraine. Zelensky nationalized all remaining independent media outlets on March 20th. Zelensky had previously shut down three opposition tv stations before the war started. Zelensky says all information on Ukraine should come from a “United News.” 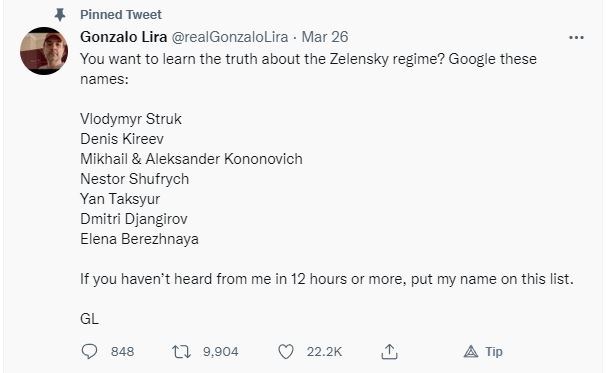 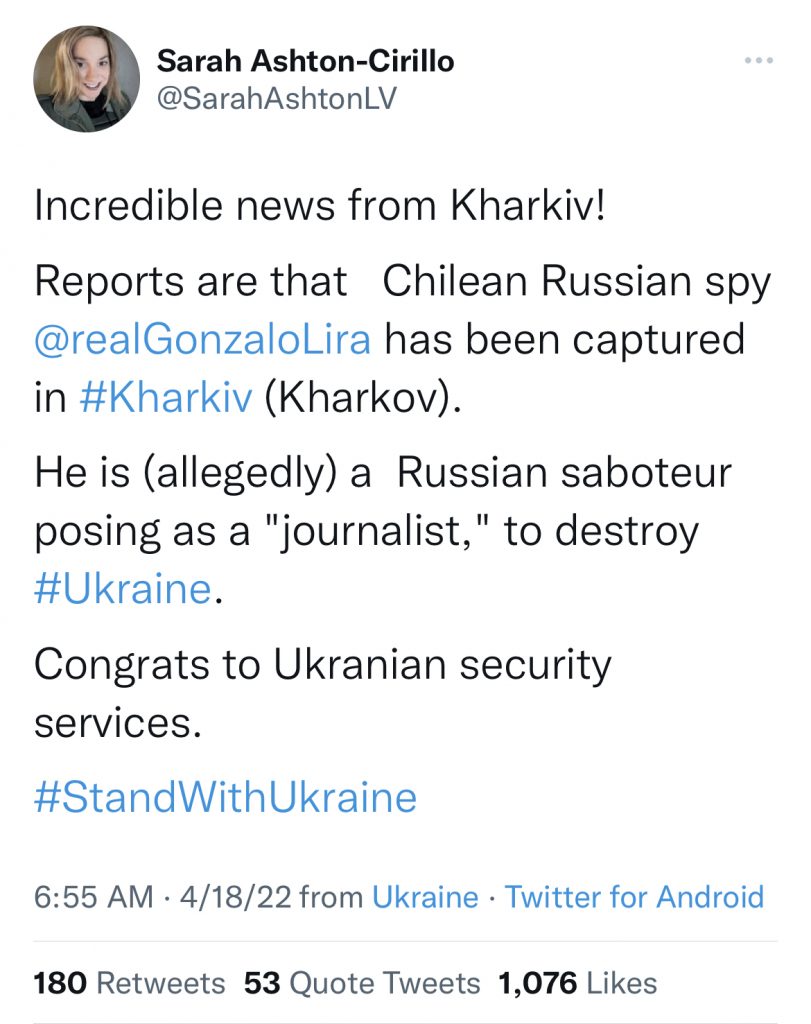 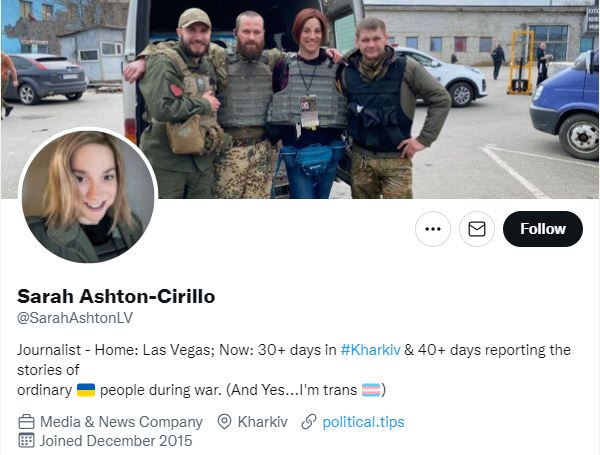 This is life in a residential area under Russian terrorism in Kharkiv, #Ukraine. #StopRussia pic.twitter.com/TTakAVNLQi

This Bulgarian journalist has been researching Pentagon-funded Biolabs for years

Dilyana Gaytandzhieva is a Bulgarian journalist who previously made a documentary about The Richard Lugar Center. This is a secretive Pentagon funded bio-lab in the capital of the Republic of Georgia. It is named after […]

Dr. Robert Pope, Director of the Cooperative Threat Reduction [CTR] Agency for the Department for the Defense [DOD], has confirmed the “conspiracy theory.” Pope says that the United States preserved samples of Soviet-era pathogens at […]