These people will be referred to as “diverse board members.” 5605(f) says all companies have two years until they will be penalized for not having one “diverse board member” and four years until they face punishment for not having one from each category. All companies that do not meet the two or four-year goal will face shaming by the exchange. They will have to file public statements groveling and explain why they failed to become more diverse.

Chinese companies on the NASDAQ exchange, of which there are over 200, will not be subject to the same rules! The rules for China and other non-Western nations will not be as strict.

The average size of the board of directors for companies on the NASDAQ exchange is 9.2 members. Ironically, the tech-heavy NASDAQ exchange has a very high percentage of companies with at least one Asian person on their board. Asians will count as an “underrepresented racial minority.”

SEC Chair Gary Gensler endorsed the new rule saying, “These rules will allow investors to gain a better understanding of Nasdaq-listed companies’ approach to board diversity while ensuring that those companies have the flexibility to make decisions that best serve their shareholders.” Gensler did not explain how forcing companies to hire people based on arbitrary attributes rather than merit serves the shareholders in any way.

Last August, The Alliance for Fair Board Recruitment filed a lawsuit challenging the mandate in federal appeals court in New Orleans. Now, a group of 17 Republican State Attorney Generals, led by Texas Attorney General Ken Paxton, have submitted a legal brief in support of the legal challenge.

Ken Paxton denounced the mandate as “crude and odious” and says it will “overlook a person’s relevant qualifications under the guise of promoting diversity.” 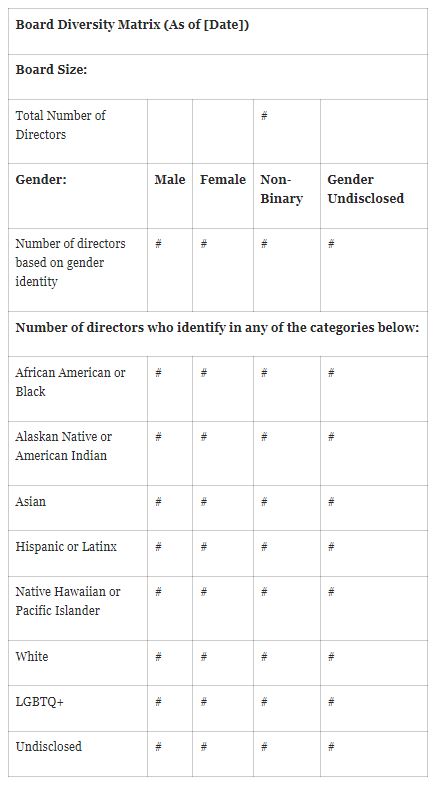 Dr. Brittney Cooper is a professor at Rutgers University. She works for the Women’s, Gender, and Sexuality Studies department. She also calls herself “Professor Crunk.” She made a video with The Root, depicting the world […]