One killed, three injured. Local media has barely reported any details. Baltimore is 62% Black and 27% White. 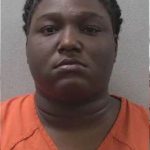 Nine gunshot victims, and five more injured from being trampled. Shooting took place at a crowded mall. Suspect is Jewayne M. Price. He was immediately released with an ankle braceleted on a $25k bond.

One killed, three injured at a house party in North Las Vegas. Aaliyah Gayles, an 18 year-old black female was killed. The three injured people are all juveniles.

One killed, four injured in an alley behind a bar. The victims’ name is Akok Lual. This is a Nilo-Saharan African surname.

Two killed, eleven wounded by gunfire. Other victims suffered broken bones from leaping out of windows. Victims are mostly under 18. The shooting took place at an AirBnB where over two hundred, mostly juveniles were having a party. Cellphone video shows that the party was overwhelmingly attended by Black partygoers. 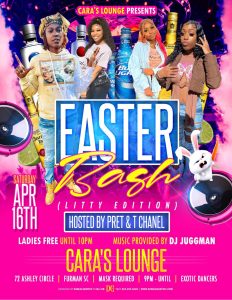 One killed, three injured a house party. Occurred in the golden Glades neighborhood, which is 70% Black and 5% White. Only details given by the media is that two of the injured are juveniles.

One killed, three injured during a drive-by shooting at a gas station. All victims are juveniles. No others details have been disclosed so far.

One killed, three injured in Sacramento, California. No others details have been disclosed. The census tract is 34% Latino, 28% White, 17% Black, and 14% Asian. Sacramento has already had three mass shooting this year, including two out of the top five deadliest mass shootings of 2022 so far.

Four injured by gunfire.  Police describe all four victims as Latino ranging from 21 to 53 years old. No suspect.

Friday: Morris Richard Jones III, a 36-year-old Black male, murdered the mother of his one month old baby and then set up an ambush for police. Nine police officers are wounded by bullets, bullet ricochets, […]

The 18 deadliest racially motivated mass killings in modern US history

Evidence is mounting that Boulder, CO spree shooter Ahmad Al Aliwi Al Issa (AKA Alissa) was motivated by a hatred of Whites and non-Muslims. For years, he constantly accused others of “racism” and “Islamophobia.” He […]

These are the 22 worst mass shootings of 2021, as of May 15th. This list will be continuously updated at this location. A mass shooting is most commonly defined as four or more victims. Of […]