Portland Antifa publicly advertised a “direct action” against the Honkey Tonk Bar & Grill in Salem, Oregon for Saturday, July 16th. They claimed that the venue was “a fascist bar.”

Saturday afternoon, masked Antifa began arriving outside the bar. Video clips show them leaning on customer cars, screaming threats of violence, and shoving people. When customers tell them to get off their vehicles, a female Antifa starts spraying then with a chemical irritant. A group of men and women then chase the Antifa off the property.

Antifa took to Twitter to tell their fellow members to divert to a new protest at the Clackamas River Racquet Club. This is a racquetball club over 45 miles away in a suburb of Portland. The venue was featuring AZ State Representative Mark Finchem. Antifa enthusiasm appears to fizzle out at this point. No videos, pictures, or statements appear on Twitter about the outcome of their alleged direct action at the club

On Twitter, multiple Antifa accounts claimed their members were beaten up by members of the Free Soul Motorcycle Club while police watched. However, video clips show a lone security guard and no police officers at the scene. All acts of violence appear to have been initiated by masked Antifa and not any customers.

The “direct action” was being led by Clifford Eiffler-Rodriguez, who was previously arrested for assaulting a female police officer at an Antifa riot in 2021. He also has a conviction for fraud.

In the past, Portland Antifa have accused the Gypsy Jokers Motorcycle Club of being “White Supremacists” and threaten direct action against them

#Salem #antifa getting escorted away from Honky Tonk bar in Salem by Mexican bikers and patriots. Thank you to “Ray” for the video. pic.twitter.com/9CyHXEWXKY 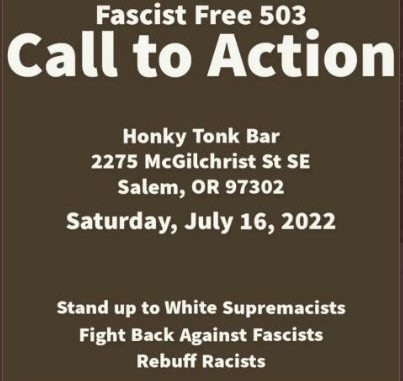 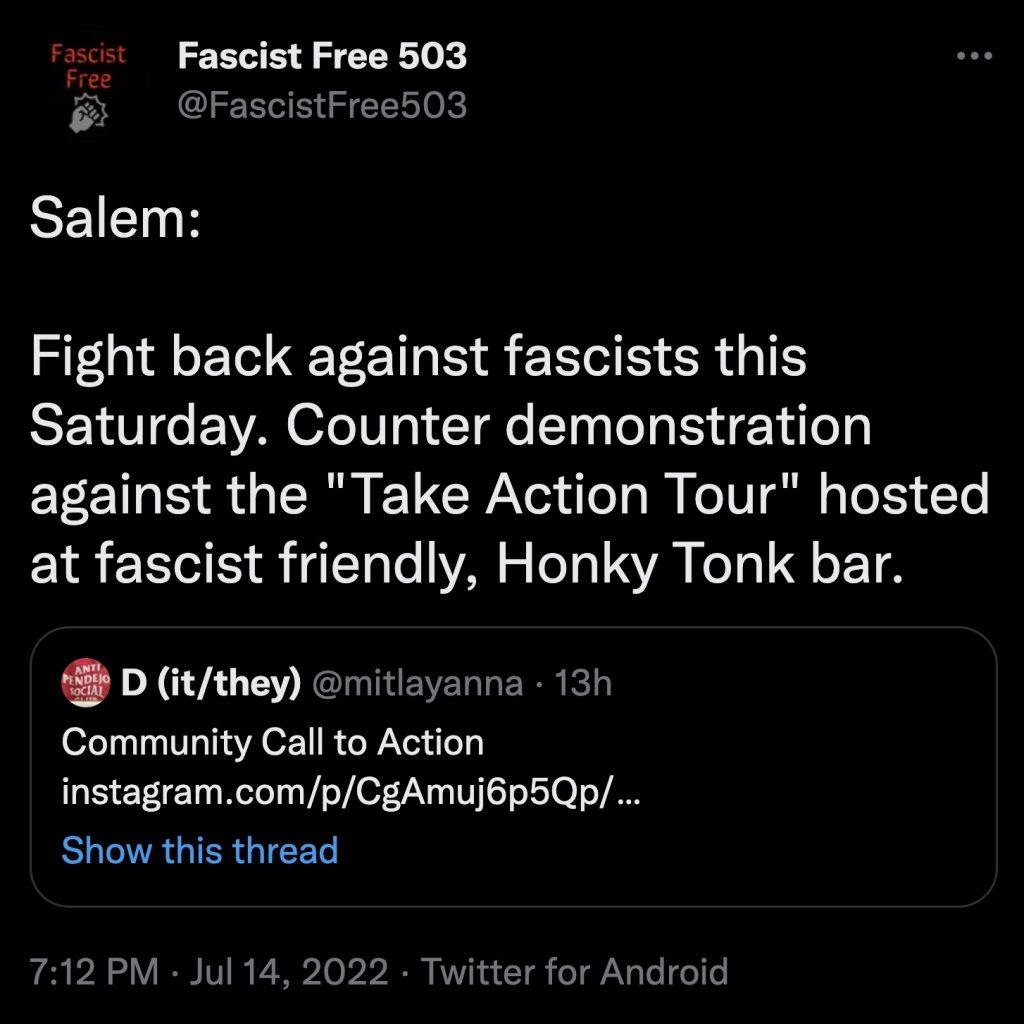 Portland Mayor admits pepper spraying anti-masker in the eyes, while Antifa continues beating people in the streets with impunity

Portland Antifa is vowing to attack a patriotic event in Portland on August 22nd. This event will mark the anniversary of the execution-style murder of Aaron Danielson by a self-described Antifa member on August 29th, […]