Bryan Merriam, 52, was beaten to death in front of his house in Oldsmar, Florida. The Pinellas County Sheriff’s Department says Ramon Hernandez, 50, believed his girlfriend sought refugee in Merriam’s house.

Hernandez went to Merriam’s house with a metal baseball bat and struck him in the back of the head. Then he battered Merriam’s body with more blows and left him for dead. Later that day, Hernandez turned himself in and claimed self-defense.

He has been charged with first-degree murder. The Pinellas County Sheriff’s Department classified Hernandez as “White.” This is presumably because he has a Spanish surname. This is more common than you think it is and it is distorts crime statistics. The majority of law enforcement agencies across the country still have no “Latino” offender category. So they are classified as “White” offenders and this often even includes Blacks with Spanish surnames. 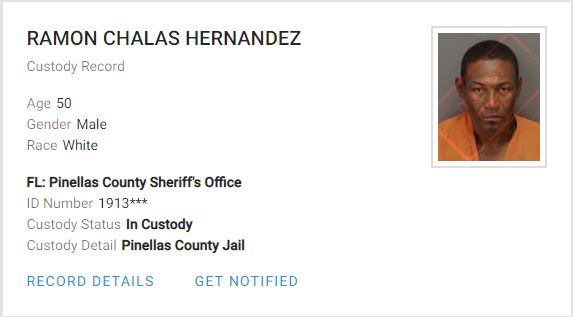 Oldsmar is a small town of 14,000 and is normally regarded as a desirable place to live. Lockheed Martin employs 450 people here. However, Oldsmar has been experiencing a rapid shift in demographics.

Taahviya Chapman, 24, has been charged with murder, attempted murder, and numerous other crimes. She rammed her van into her boyfriend Jawon Khalid Lunsford. She had been reading his text messages to her sister. She […]

Two thugs, who savagely brutalized a cat while gleefully cheering, have turned themselves in. A security camera captured the heinous crime. The thugs have been charged with multiple “felonies,” including animal fighting, aggravated animal cruelty, […]