The Ottawa By-laws and Regulatory Office used Twitter to publicly threaten protesters with having their pets seized and potentially dumped on a local shelter.

The agency says that protesters who get arrested face having their pets seized. If they are held in jail for more than eight days and no one else claims the pet, the animal will be “relinquished.” This means Ottawa authorities will dump the pet at a local shelter. The animal shelter may then be forced to euthanize the pet, especially if Ottawa authorities abandoned many animals at the shelter in a short amount of time. 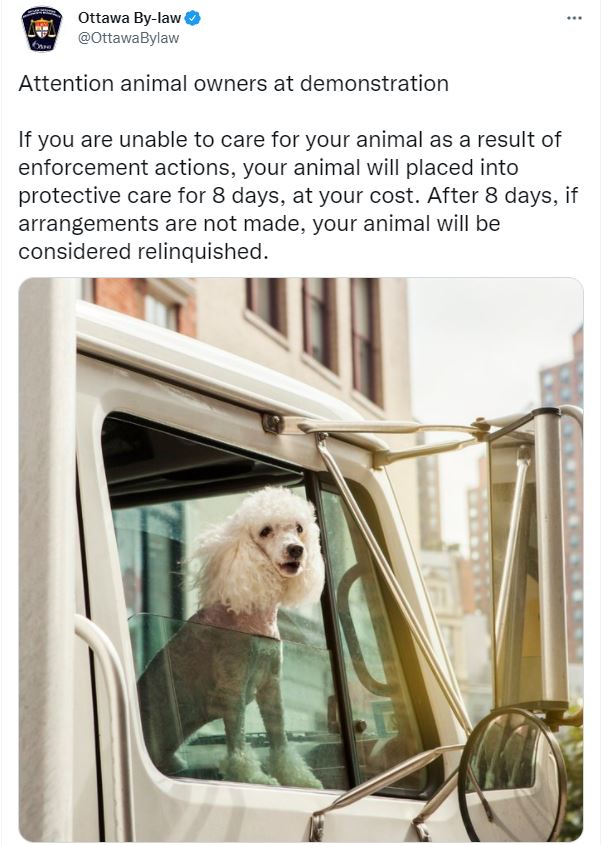 Is there a bank run underway in Canada?

Looks like TD Bank in Canada might be experiencing a bank run after freezing accounts which received money from the GiveSendGo campaign… 🧐😆 pic.twitter.com/iti2Pad81I — Julia (@Jules31415) February 17, 2022 Oof. Canada basically setting itself […]

According to a press release from the Royal Canadian Mounted Police, about twenty masked militants stormed a construction site for Coastal GasLink around 12:30 AM Thursday. The perps came armed with axes and firebombs. The […]