At least blue-chackmarked left-wing ideologue has deleted their Twitter account since Twitter agreed to a shareholder buyout by Elon Musk. However, it remains to be seen if she stays away or comes back.

Amanda Duarte writes articles for the entertainment section of the New York Times. She is also an actress in the tv show Accident, Suicide, or Murder on the Oxygen channel.

Duarte was immediately denounced by other people on the left. She deleted her Twitter account. Then she turned it back on and denounced herself as “racist.” She quickly deleted it again within hours after that. 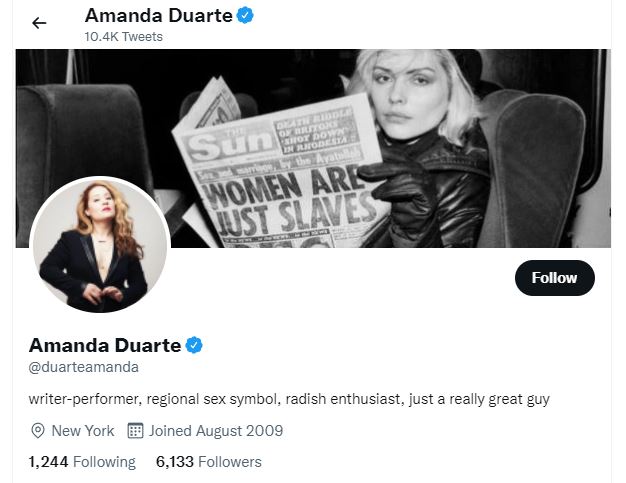 The New York Times [NYT] published an attack piece on the cellphone app Clubhouse. The app lets people listen to live audio of one or more persons speaking. It is an invitation-only podcasting app where the audience […]

Not Satire: New York Times declares “freedom” to be an “anti-government slogan”

On Saturday, March 6th, the New York Times went all out to deny the existence of the deadly nationwide 2020 BLM riots. They printed an article titled “As Latino Men Tilt to Right, Democrats Ask […]