Nury Martinez is President of the Los Angeles City Council. She has a history of demonizing her political adversaries as “racist.”

In 2020, Martinez even filed a motion to slash the LAPD budget by over $100 million. She claimed the budget cut would be a “a giant leap forward in recognizing and ending racism against Black Americans” 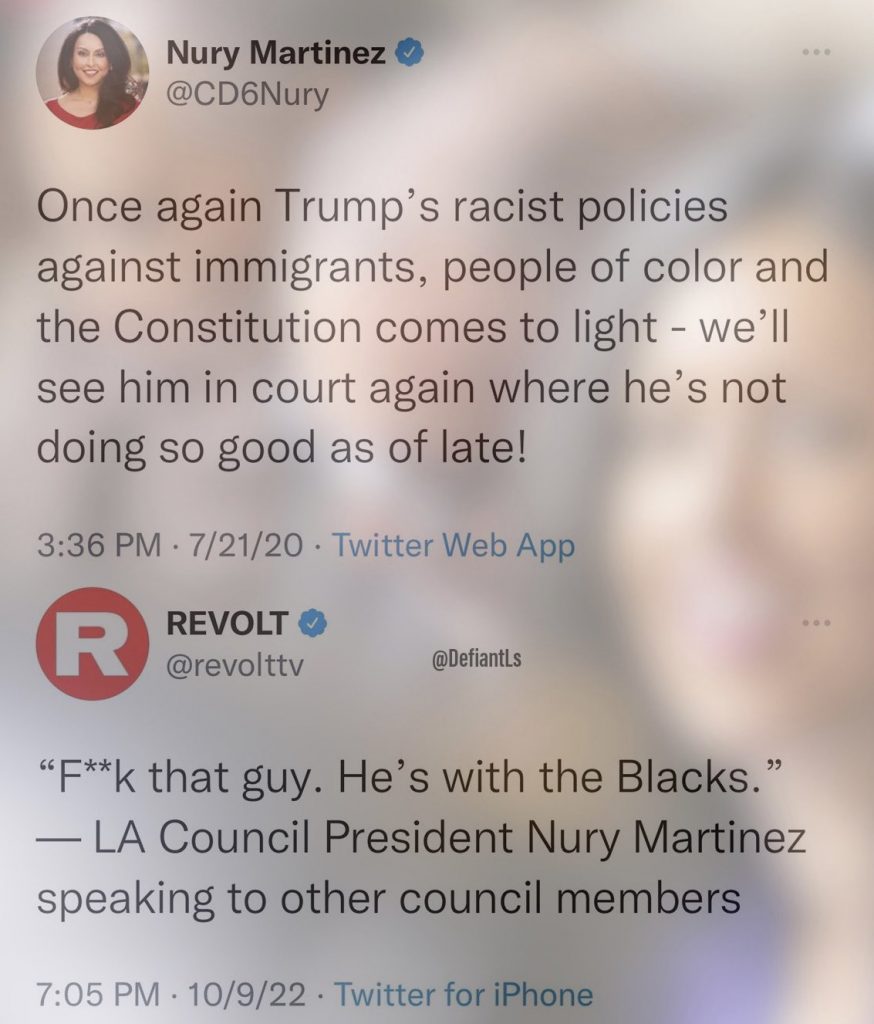 On July 24th, a baseball game was held at a Los Angeles park that involved former gang members. The game was part of the anti-violence/intervention Community Athletic League. This is operated by the non-profit group […]

A career criminal, out on bond for shooting at people, randomly stabbed a UCLA student 26 times, killing her. She was working at a posh furniture store in one of LA’s high-end shopping districts. This is […]