Tim Wise is a fabulously wealthy Jewish man who has made millions of dollars by giving speeches about how White people have too much money and need to share with Black people. He is enthusiastically promoted by CNN, MSNBC, and other corporate media. He gets a lot of his money from taxpayer-subsidized Universities. Wise calls himself an “anti-racism” educator, even though he openly advocates bigotry, animosity, and malice against White people. All while living in the Nashville metro area’s Whitest census tract.

Tim Wise has also publicly bragged that he once ran a “fake ID mill,” committed theft, and trafficked in stolen property.

Last night, he used his blue-checkmarked Twitter account to advocate murderous violence against people with differing political opinions. Wise said that because Elon Musk was buying Twitter, Wise and his followers would have to “deal with the Nazis the way our grandparents did” to keep them from saying “whatever they want” on Twitter. Obviously, Wise implies that he and his followers would be justified in murdering people to keep them from speaking their minds on Twitter. Of course, Tim Wise uses the term “Nazi,” not just for a literal Nazi from the 1920s to 1945. He also uses the word as a slur against people with mainstream center-right political beliefs.

Tim Wise also says “White Jesus” is the God of “White Supremacy” and “Genocide.” He once publicly attacked White people who enjoy mountain biking. An incident that even shocked his far-left supporters.

In 2012, Tim Wise used Twitter to publicly call on his followers to commit armed violence against the Florida Tea Party. This occurred during the 2012 presidential election. 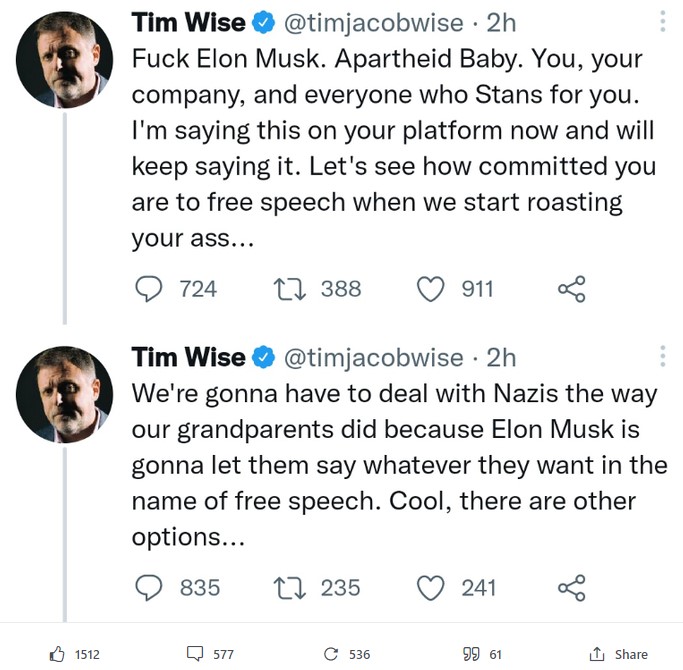 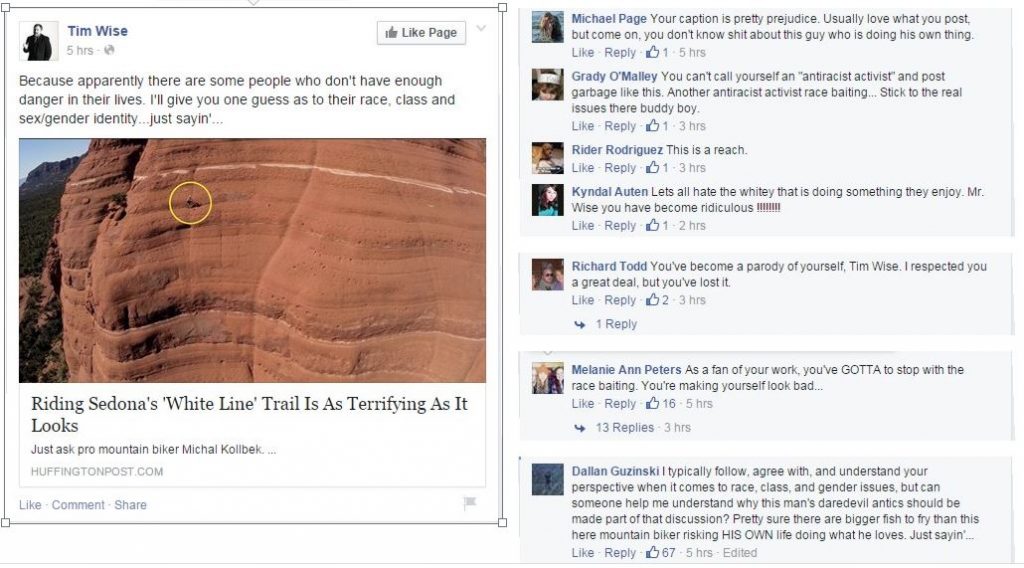 A group calling itself the Black Hammer just announced that they have “liberated 200 acres of Colorado.” They say they are creating their own Communist city-state, called “Hammer City,” where everything will be free. The group refers […]

Antifa riot in Los Angeles in support of “Palestinian Resistance”

Large-scale demonstrations in support of the Palestinian resistance against Israel are occurring in Western nations like America, Canada, and the UK. In France, the government has declared the demonstration unlawful and has mobilized thousands of […]